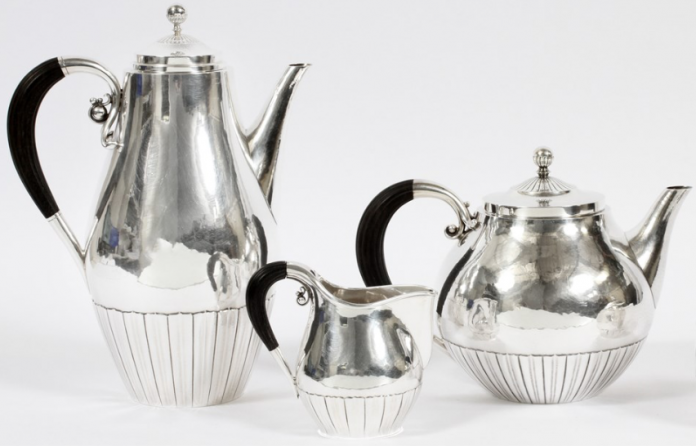 From family heirlooms to well-curated artworks, DuMouchelle Art Galleries in downtown Detroit will host an auction this weekend, including items from the Fisher family and other collectors.

Showcasing treasures from several prominent Detroiters, the auction will spotlight over a century of collecting, with everything from ancient Egyptian amulets to modern Chagall masterworks.

Featured items come from the estate of Anne Markley Spivak, a collector and supporter of the arts, especially in Detroit where she was a major patron of the Cass Corridor art scene of the 1960s and 1970s. She served for decades as an auxiliary board member at the Detroit Institute of Arts, and was active in cultural and community organizations.

Highlights include antiques inherited from her uncle, Fred Fisher, co-founder in 1908 of Fisher Body Co., an automobile coachbuilder.

“Fisher Body had been a horse-drawn carriage maker. The founders saw the writing on the wall with the advent of the motor car, and reconfigured their business to focus on the future needs of transportation at the time,” noted a family spokesman.

Fisher Body led the innovation of the enclosed automobile body and would become a division of General Motors, with GM displaying the iconic “Body by Fisher” emblem on their door plates until the mid-1990s.

Noteworthy selections include an impressive silver collection with Georg Jensen sterling, 18th century English candlesticks and a centerpiece accented with griffin-form handles by Dominick and Haff — several of the pieces sport the Fisher monogram.

The three-day auction commences this evening and continues through Sunday (March 16-18) at DuMouchelle’s 409 East Jefferson Ave. in Detroit.

For more information, view the auction catalog online at www.dumoart.com or call 313-963-6255.