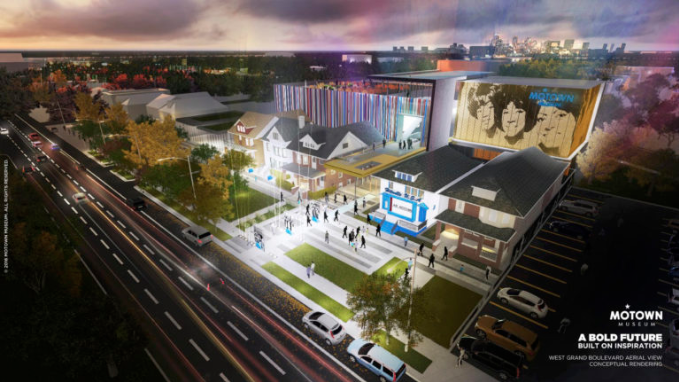 The gift will support the development of the education and community engagement space on the museum’s campus, which will serve as an educational and entrepreneurial incubator for young artists as well as a home to the museum’s summer camps and other programs.

The expansion was announced in late 2016 and will grow the museum to a 50,000-square-foot space that will feature interactive exhibits, a performance theater, recording studios, expanded retail space, and meeting spaces.

“The Detroit fundraising community has been incredibly supportive of our expansion. They have stepped up and led the way to make this project a reality,” says Robin R. Terry, CEO and chairwoman of the museum’s board of trustees. “They are a true partner committed to strengthening our cultural community and to the city of Detroit. They have embraced our vision of the museum serving as an educational resource and the opportunity for our space to make a meaningful impact year after year.”

The DTE Energy Foundation supports events and programs that have helped generate more than $50 million in local economic activity in the past year.

Terry says the Motown Museum expects the expansion will provide employment and tourism and foster community pride. It was founded in 1985 by Esther Gordy Edwards and is a not-for-profit, tax-exempt organization committed to preserving, protecting and presenting the Motown story through authentic, inspirational, and educational experiences.