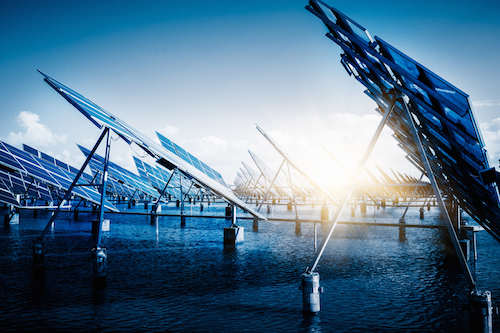 Detroit-based DTE Energy today started construction on one of the largest urban solar arrays in the United States. Expected to be complete by the end of the year, the project will convert 10 acres of vacant and blighted land in Detroit into a solar array capable of generating enough clean energy to power 450 homes.

DTE’s solar project, located at O’Shea Park, will generate more than $1 million in tax revenue for the city and create jobs during its construction.

“Over the next decade, DTE Energy will transform its energy generation fleet, which includes plans to retire 11 aging coal-fired generating units at three facilities built in the 1950s and 1960s, to a mix of modern, cleaner sources,” says Gerry Anderson, DTE Energy chairman and CEO. “The development of large-scale solar projects is another step in this direction.”

The Detroit City Council approved an agreement between the city and DTE for the redevelopment of the Detroit-owned land as part of a public-private partnership.

Along with the DTE partnership, the city is also working on initiatives to revitalize the community surrounding O’Shea Park, including the redevelopment of a two-acre activity park and playground area, creation of infrastructure to sustainably manage storm water, partnering with Greening of Detroit for local workforce training, and partnering with Walker-Miller Energy Services to provide home energy efficiency audits and upgrades in the neighborhood.

DTE has three other solar installations under development in the state, including one at the GM Warren Transmission plant and two in Lapeer — one of which will be among the largest operating energy company-owned solar arrays east of the Mississippi River.