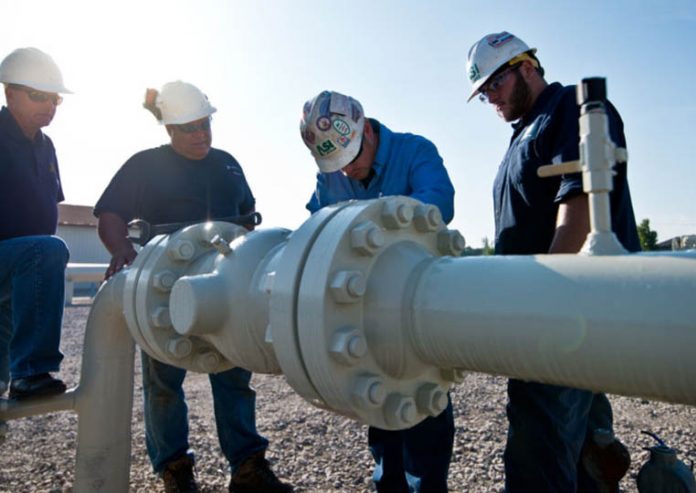 The approval authorizes NEXUS, subject to certain conditions, to proceed with final preparations to commence construction to meet an in-service date in late 2018. NEXUS plans to provide an updated in service date once the entity reviews the certificate order and construction plans.

Once complete, the 255-mile pipeline would have the capacity to deliver 1.5 billion cubic feet of natural gas per day to markets in Ohio, Michigan, and Ontario. The 36-inch pipeline will be built below grade, mostly near railroad tracks, electrical lines, and farms — three feet below grade on farmland and five feet below grade in urban areas. All of the land has been acquired.

With four different construction crews installing 60 miles of pipeline concurrently, NEXUS is projected to take up to a year to complete. The natural gas will be generated from the Marcellus Shale in eastern Ohio. Once operational, the new capacity of natural gas is projected to produce more than $2.2 billion in cost savings to Michigan consumers between 2018 and 2033, according to a study by ICF International.

“NEXUS will provide a critically-needed source of domestic, clean-burning, affordable natural gas to Ohio, Michigan, and Ontario to meet the growing demand for natural gas-fired generation, the cleanest and most versatile fuel for powering the region’s homes and businesses,” says Jim Grech, president of NEXUS Gas Transmission.

“For more than two and a half years, NEXUS has engaged with stakeholders, local community officials, and federal and state agencies to locate and design a pipeline system that will be built and operated safely and efficiently. We are very pleased to reach this significant milestone and move one step closer to construction of the pipeline, which will diversify the region’s energy sources and generate significant economic benefits for local communities.”

NEXUS will also create substantial economic benefits in the region by providing thousands of jobs and millions of dollars in income to the regional economy.  As detailed in the FEIS, construction of the project is estimated to require a total peak workforce of 3,360 construction workers with 2,770 in Ohio and 590 in Michigan.

Total payroll would be about $668 million during the construction phase and $3.1 million during operation of the project. The estimated ad valorem tax associated with the project is $2.1 billion in the first 60 years of service, with about $1.9 billion distributed in Ohio and about $200 million in Michigan.