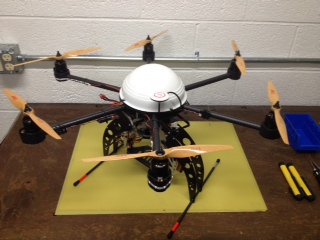 In an effort to expose youth to emerging technologies, everything from robots to drones will make an appearance at the Catalyst of the Invention Revolution, to be held on Feb. 1 at the UAW-Ford National Programs Center along East Jefferson near Cobo Center in downtown Detroit.

“Students need to experience and touch emerging technology that will be dominant when they turn age 25,” says Ida Byrd-Hill, president of Uplift Inc., the organization behind the event. “Our goal is to inspire students to embrace, excel, and matriculate into careers in invention, science, technology, engineering, arts, and mathematics (iSTEAM).”

Participating companies include iRobot, the Bedford, Mass.-based firm behind the Roomba vacuum cleaner and advanced robotics, and Detroit Aircraft Corp., originally incorporated in 1922 as the Aircraft Development Corp., which will demo its drones, or unmanned aerial vehicles. 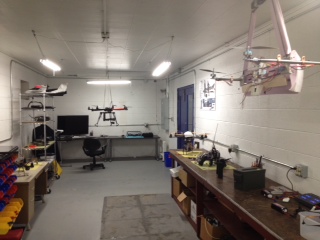 “We have been donating our services to the blight authority in Detroit in terms of aerial video to assist them with cleanup efforts,” says Jon Rimanelli, chairman of Detroit Aircraft Corp. “In the near future, we will be expanding into the agricultural market as well as provide our technology for large interior spaces like assembly plants and exterior applications like aerial inspections of bridges, utility lines, and large structures.”

Leading the 3-D activities will be representatives from DASI Solutions. The Pontiac-based company specializes in computer-aided design and engineering as well as product data management.

The event will be held from 2-5 p.m. Feb. 1. For more information, or to register, click here.

At right: The R&D lab at Detroit Aircraft Corp.