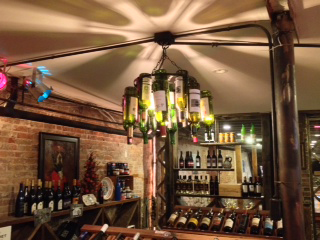 The Indian Hill District in downtown Pontiac is getting new life with the renovation of four structures into shared loft offices, restaurants, a wine store, and a bakery and pizza shop. On Friday, the investment company ReFund opened the Indian Hill Wine Cellar in the iHill Tower at North Saginaw and Lawrence.

Next up is Indian Hill Bakery and Pizza, expected to open shortly in iHill Tower — a three-story structure with two lower levels that dates back to the 1830s. Offering 11,000 square feet of space, the loft offices are fully leased. The collaborative workspace, once a former bar on the first floor, is now used for meetings and professional gatherings.

On the second lower level of iHill Tower, ReFund plans to offer the space for wine production and storage. “The building was originally used as a horse and carriage operation, and we’ve since filled the building,” says Bob Waun, a ReFund principal. “We also have a boardroom (next to the wine cellar) that is available for business and civic activities.” 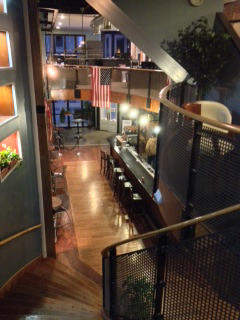 To the immediate north, ReFund has acquired a two-story, 6,000-square-foot historic structure that is in the process of being converted into shared office space along with a rooftop patio. At Lawrence and Wayne, a block west of iHill Tower, ReFund has acquired the former United Way offices, a four-story, 30,000-square-foot structure that was originally built for Consumers Power, now Consumers Energy.

“We plan to have a bar and restaurant on the first level with shared loft offices on the upper floors (in the former United Way building),” says Scott Stangeland, a ReFund principal. “We’ve been offering 100 square feet of office space for $250 per month, and it’s been very popular. We’re getting IT companies, designers, lawyers, and other professionals.”

ReFund also acquired a former two-story nightclub at Pike and Wayne which once housed the Ultimate Sports Bar and Grill. The building will be converted into commercial and office space. The ReFund projects join several other developments in downtown Pontiac, including Lafayette Place Lofts, Lafayette Market, Crofoot Ballroom, Elektricity, and numerous office and residential lofts.

“Indian Hill was a place where Native Americans came to trade, because it was one of the highest points in Oakland County and was along the Clinton River,” Waun says. “Our goal is to bring more life to the district, which benefits from being located near major hospitals (McLaren Oakland Hospital, St. Joseph Mercy Oakland, and Doctor’s Hospital of Michigan).”

Pictured at right: A former bar on the first level of iHill Tower now serves as collaborative workspace for shared office tenants. Photograph by R.J. King.