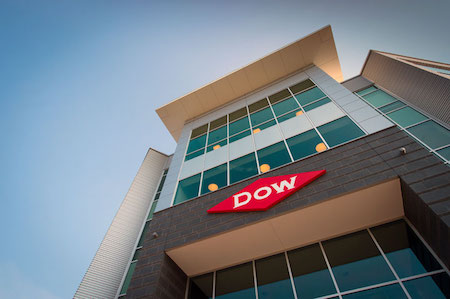 Midland-based Dow Chemical Co. today announced the next phase of comprehensive investments over the next five years to further enhance its competitive advantage and deliver earnings growth. The company says the investments will stimulate economic activity, primarily in the United States, while also creating a significant number of jobs tied to manufacturing and infrastructure investments.

The projects announced today extend Dow’s growth investments to more than $12 billion over a 10-year period, and are expected to employ more than 5,500 workers at peak activity, as well lead to 300 permanent jobs. The investments announced today are expected to come online in a phased manner, beginning in 2020, and will require estimated capital expenditures of approximately $4 billion, spread over the next five years.

“Today’s announcement underscores Dow’s commitment to driving the next phase of our growth through a comprehensive set of investments that will benefit our shareholders, customers, employees, and the communities in which we operate,” says Andrew Liveris, Dow’s chairman and CEO. “Manufacturing plays a vital role in driving economic growth and prosperity across virtually all sectors of society. The positive investment environment in the U.S. chemical and materials sector, driven by competitive feedstocks and a skilled workforce, is a driver for Dow to further invest in the U.S.”

The primary components of the plan include: expanding the capacity of Dow’s new TX-9 ethylene cracker, constructing a 600,000 metric ton polyethylene unit in the U.S. Golf Coast based on proprietary Solution Process Technology, and pursuing a series of investments to strengthen the company’s polyurethane franchise aimed at driving downstream specialty polyols and systems growth.

Dow will also undertake a series of incremental debottleneck projects across its global asset network, which will deliver 350,000 metric tons of additional polyethylene, the majority of which will be in North America. A 450,000 metric ton polyolefins facility will also be constructed in Europe, which will maximize the value of Dow’s ethylene integration in the region.

The company will also invest an additional $400 million to support the transformation of its Midland manufacturing operations, enabling further synergies from the interaction of Dow and Dow Corning’s ownership.

Dow also plans to continue its efforts to train and educate its workforce, eventually closing the skills gap for future manufacturing careers.