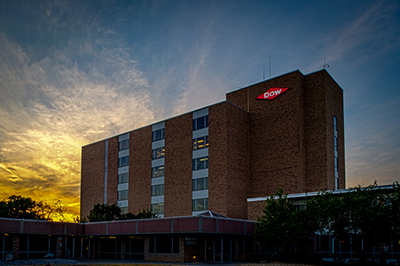 Midland-based Dow Chemical Co. today announced it will acquire the remaining stake in its joint venture called Dow Corning, a developer of silicon-based products for the automotive and aerospace industries, among others. Dow Corning is currently a 50-50 joint venture between Dow and Corning Inc.

“The addition of a silicones position will expand our product offerings across multiple businesses while driving innovative solutions that will enable us to go deeper into key end markets by leveraging Dow’s existing, strong science and engineering competencies across new chemistries,” says Andrew Liveris, chairman and CEO of Dow.

The announcement comes as Dow and Delaware-based chemical company DuPont announced a merger Thursday. The combined company will be named DowDuPont, and is valued at $130 billion. DowDuPont is expected to be split into three independent, publically traded companies.

“Each of these businesses will be able to allocate capital more effectively, apply its powerful innovation more productively, and extend its value-added products and solutions to more customers worldwide,” says Edward Breen, chairman and CEO of DuPont.

Breen, who will become the CEO of the combined company, says the three companies will include an agriculture company that unites DuPont’s and Dow’s seed and crop protection businesses; a material science company consisting of DuPont’s performance materials segment and Dow’s performance plastics, performance materials and chemicals, infrastructure solutions, and consumer solutions units; and a specialty products company that will include DuPont’s nutrition and health, industrial biosciences, safety and protection, and electronics and communications units, as well as the Dow electronic materials business.

Livernis will be named the executive chairman of DowDuPont. The merger is expected to close in the second half of 2016.