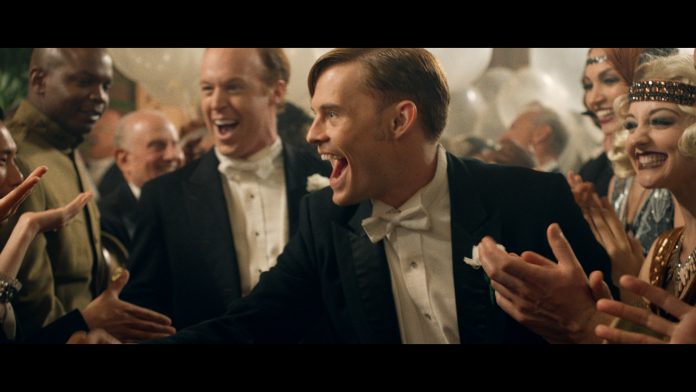 Dodge’s new advertising campaign launching on Saturday celebrates the automaker’s centennial anniversary while paying homage to its founders — John and Horace Dodge — with a spotlight on the 2015 Dodge Challenger.

Debuting during the college football games on CBS, the first ad in the series imagines the type of party John and Horace Dodge — who founded the Dodge Brothers Motor Car Co. in 1914 — would have thrown for friends in the early 20th century. The brothers swing from the chandeliers before the 30-second spot ends with a shot of the new 2015 Dodge Challenger next to two 1915 Dodge Touring cars.

“Dodge has a very specific DNA, a bloodline that traces back to the Dodge brothers’ passion for making great cars,” says Olivier Francois, spokesman for Chrysler Group. “The new campaign captures the spirit of innovation and enthusiasm the Dodge brothers had when they founded the brand 100 years ago.”

The commercial will air through October and is available on YouTube. The fully integrated campaign includes full-page and spread print ads.

Additional television, print, and digital ads will launch later this year for the 2015 Dodge Charger and Dodge SRT Hellcats and Viper.