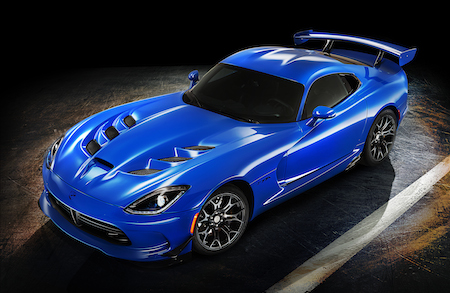 Dodge has a released a 22-minute documentary demonstrating that the creation of the Viper is no small accomplishment.

“The Dodge Viper is a precision-handcrafted machine expressively built to stimulate all the senses of an enthusiast’s soul,” says Tim Kuniskis, president and CEO of Dodge and SRT, FCA North America. “It’s not widely known what it takes to create this supercar, including the 140 to 160 hours to hand paint each Viper, so we produced the film to show what sets the Viper apart from everything else in its segment.”

Viper: DNA of a Supercar documents each phase of the Viper’s design process, from initial sketches through final testing, and how every component of the assembly process involves human craftsmanship. Take the interior, for instance: more than 90 percent of it is hand-wrapped in leather.

“This commitment to keeping the fifth-generation Viper a hand-built performance icon ensures the Viper’s legacy as a premium world-class supercar and one of the fastest street-legal cars in the world,” Kuniskis says.

Dodge will share the film with fans its social media channels. It can also be viewed at driveSRT.com/2015/viper/documentary.

IN OTHER VIPER NEWS, Dodge has launched a new program that gives Viper customers the opportunity to customize their own Viper GTC model and virtually follow along the build process through the Viper Ambassador website.

“Because every Viper is handcrafted with such an extreme level of detail, we have the unique opportunity to make each one even more special by giving buyers the opportunity to customize each vehicle to their exact specifications,” Kuniskis says. “Now, Viper owners will be able to say their Viper is truly one of a kind.”

The new “1-of-1 customization program” is available exclusively for customer orders (not for dealer stock). Dealers will start taking orders in February. Production is scheduled to start at the Conner Avenue Assembly Plant in the second quarter of 2015.