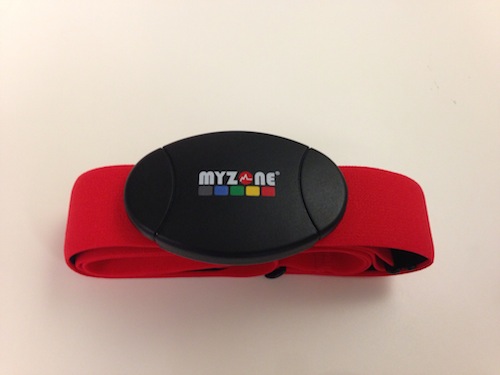 Nth Degree Fitness in Royal Oak will launch the MyZone training system at its facility on Monday. Nth representatives say the gym is the first in metro Detroit to offer the exercise-monitoring program — which displays live data showing heart rate, calories burned, and effort level — on a computer, smartphone, or tablet.

“We really sell personal training in a group setting, and this allows us to be even more personal with our clients,” says Kristin Turner, senior manager at the gym.

The MyZone system includes a personal belt that monitors heart rate and other data, while taking into consideration a person’s age, physical activity, and other life factors. “(The system) rewards more for effort, whereas other apps don’t take into account personal fitness levels,” she says.

Users can also wear an optional watch that visually tracks the same data. Available through registered MyZone facilities, Nth lists the belt for $75, while the watch runs $59. The belt/watch combo is $120.

In addition to tracking personal exercise goals, the unit allows for group competitions.

While the training system is Nth’s biggest program so far for 2014, Turner says the gym plans to expand within the region in the coming months.

“We opened in 2007, but have grown significantly in the last three years,” Turner says. “We’re up to about 13 trainers and four full-time staff, and our goal is to continue to expand.”