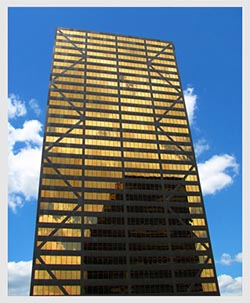 HelloWorld, a digital marketing company, has signed an 11-year lease at the Southfield Town Center in Southfield. The company will relocate by the end of the year from its current space inside a former brewery in Pleasant Ridge.

“We’re very much looking forward to our new home in Southfield, and we’re proud to continue our commitment to the ever-growing technology sector in the metro Detroit area,” says Peter DeNunzio, CEO of HelloWorld.

The new space will offer around 43,000 square feet of space spread over two and a half floors. The company has 300 employees, and the space will allow the staff to grow by 20 percent.

Josh Linkner and a small group of investors founded HelloWorld in 1999 as ePrize. The company has worked with clients such as Coca-Cola to produce interactive live events, and Kraft Foods, to produce a Facebook engagement campaign. HelloWorld also has offices in Nashville, Phoenix, and New York.

In recent months, Southfield has been working to establish a downtown district near the Town Center, at the northwest corner of Civic Center Drive and Evergreen Road. Since last summer, Evergreen has been undergoing a complete reconstruction between 10 Mile and 11 Mile roads. The project, which includes two new roundabouts, will be completed this summer.

The Town Center includes more than 2.2 million square feet of space, the Westin Southfield, a residential high rise and rowhouse condominiums, a fitness center, the Microsoft Technology Center, a conference center, atrium, and other amenities.