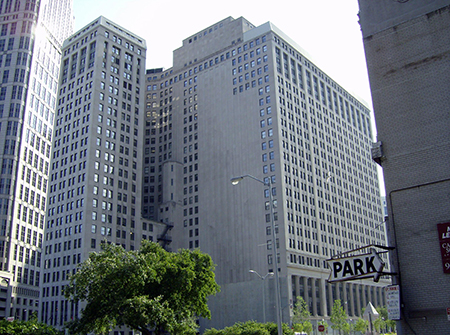 BlueWater Technologies has opened its new office in the First National Building at Campus Martius to better support its clients in downtown Detroit, the Southfield-based company announced Thursday.

“We are doing a tremendous amount of work in the city of Detroit right now,” says Gary Lusk, manager of new business development at BlueWater, noting that the location of the new office has much to do with the increased business opportunities related to the continuing revitalization of the downtown area. This includes designing or updating audio and digital technology within new or reconstructed office spaces.

One of the company’s clients includes Campbell Ewald, an advertising agency, will be relocating from Warren to the former J.L. Hudson warehouse, adjacent to Ford Field, in January. BlueWater is updating the agency’s digital technology to include “synthesis,” a video conferencing system that allows for sharing and interaction of documents across global digital platforms.

BlueWater also designed a shared meeting space at the First National Building — where other tenants include Bedrock Real Estate Services, Honigman Business Law Firm, and the United Way — that offers a collaborative meeting space for clients and companies moving into the city.

The Detroit office is the BlueWater’s seventh location in North America and its fourth in Michigan. The new office includes two full-time employees, with 10 more working between Detroit and the company’s Southfield headquarters.