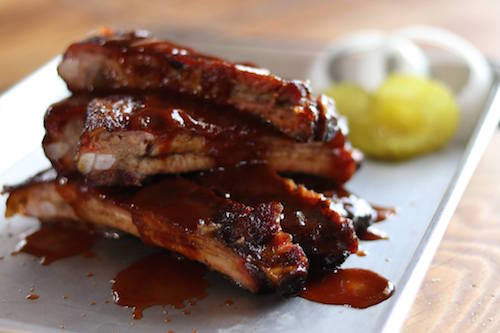 Dallas-based barbecue restaurant chain Dickey’s Barbecue Pit is continuing its Midwest expansion with a new Traverse City location, scheduled to open by May 2017, and three more restaurant openings to follow in Kent County. The company has eight locations in Michigan.

Franchisees of the new locations, Andre Bushell and Loren Akerman, say they plan to grow the business beyond their current four locations.

“We hope that our business can provide much-needed jobs and economic stability all over Michigan and beyond, and we are working intentionally to promote diversity in our business model,” Akerman says.

Dickey’s Barbecue Pit opened its first Michigan eatery in Troy in 2011. The company also has locations in Commerce Township, Plymouth, Macomb Township, Rochester Hills, Coldwater, and Ferndale, and has announced plans to open restaurants in Sterling Heights and Auburn Hills.

Dickey’s Barbecue Restaurants Inc., the nation’s largest barbecue chain, was founded in 1941 and has restaurants in more than 560 locations in 43 states.