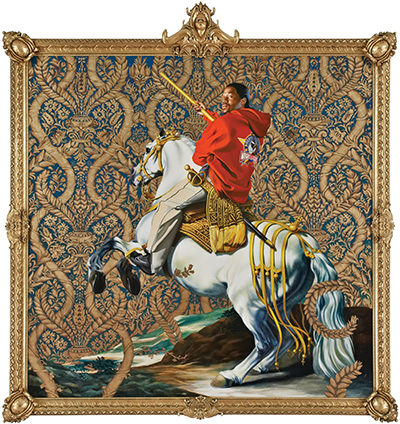 The Detroit Institute of Arts will display an exhibit featuring work by contemporary African-American artists in October. The “30 Americans” show will include 55 paintings, sculptures, photographs, and videos.

“’30 Americans’ powerfully demonstrates contemporary African-American artists’ ongoing interests in emphasizing the complexities of identity and developing a range of artistic approaches to portray or reference its distinctions and similarities,” says Valerie Mercer, curator and department head of the General Motors Center for African-American Art at the Detroit Institute of Arts. “This is the first time the innovative work of most of the artists represented will be on view at the DIA, as well as in Detroit.”

Mercer says artists such as Barkley Hendricks, Kerry James Marshall, Carrie Mae Weems, Lorna Simpson, and the late Jean-Michel Basquiat and Robert Colescott, will have their works displayed. She says the exhibit is organized around themes such as defying Western art traditions, improvisational techniques, and confronting American history regarding race, racism, and power.

The exhibition is drawn from the Rubell Family Collection in Miami.