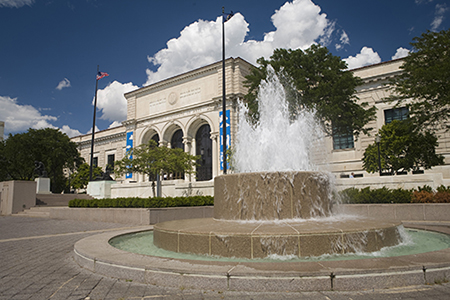 In response to Gov. Rick Snyder’s recent announcement that the state will take over operations of Belle Isle, and save Detroit as much as $4 million a year, the Detroit Institute of Arts issued a statement Monday saying that the savings are minimal in comparison to what the museum has saved the city since taking over daily operations in 1997.

“If Belle Isle is a good deal, the DIA is hundreds of millions of dollars better.”

The DIA’s budget is largely dependent on a millage, supported by taxpayers in Macomb, Oakland, and Wayne counties, that provides the museum with at least $23 million a year. Recent events — such as comments made last week by Kevyn Orr, the city’s emergency manager, about the possibility for a sale of the city-owned collection held at the museum — may have an impact on the millage.

“Public officials in Wayne, Oakland, and Macomb counties have made clear their view that any sale of art as part of the bankruptcy could invalidate or lead to the repeal of the millage,” the statement said. The Oakland County Art Institute Authority, for instance, passed a resolution in August that says the county will terminate its obligation to continue funding the DIA if the collection is sold for any purpose other than to purchase more art. In total, Oakland County taxpayers send about $9.8 million a year to the DIA.

The DIA says the millage’s elimination would send the museum into a slow, but certain, closure where an action, it says, would ultimately “impose a new financial burden on the city estimated at $4 million to $6 million annually, as the city would assume the costs of maintaining another closed building and securing the remaining collection.”