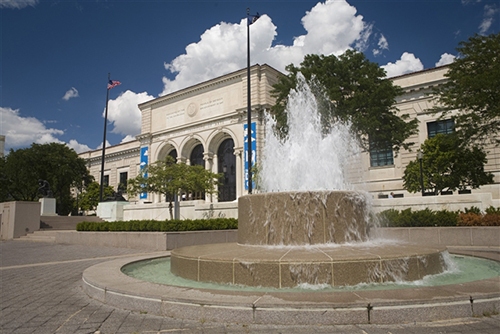 The Detroit Institute of Arts announced today that it has received new pledges of  $26.8 million, bringing the DIA to almost 80 percent of its $100 million grand bargain goal. The fund was created to help the city of Detroit emerge from bankruptcy and protect the museum’s art collection for the public.

“We are extremely pleased to see this very generous corporate support for the grand bargain and city of Detroit pensioners from these major Michigan businesses,” said Eugene A. Gargaro Jr., DIA board chairman. “They all have a long history of civic and community support and these leadership pledges demonstrate their strong commitment to Detroit’s future.”

The Grand Bargain — proposed by the mediators of city’s bankruptcy and led by Chief Judge Gerald Rosen of the U. S. District Court for the Eastern District of Michigan, and attorney Eugene Driker — will provide Detroit’s pensioners more than $800 million from local donors, local and national foundations, and the state of Michigan over a 20-year period.

“Penske Corp. and I are proud to join this effort to protect the pensions of city employees while ensuring the long term sustainability of the DIA,” says Roger S. Penske, chairman of Penske Corp. in Bloomfield Township. “It is a historic time for our city when such a diverse group of individuals, government, corporations, and foundations come together to take this positive step in the process of revitalizing Detroit. It sets the tone for the work yet to be done.

“I am optimistic about the future of the city and its citizens.”

As part of the grand bargain, the city of Detroit will transfer ownership of the DIA’s collection, building, and related assets to the Detroit Institute of Arts Inc., which operates the museum.

Some of the aforementioned commitments were made earlier this year, but had not been publicly announced.