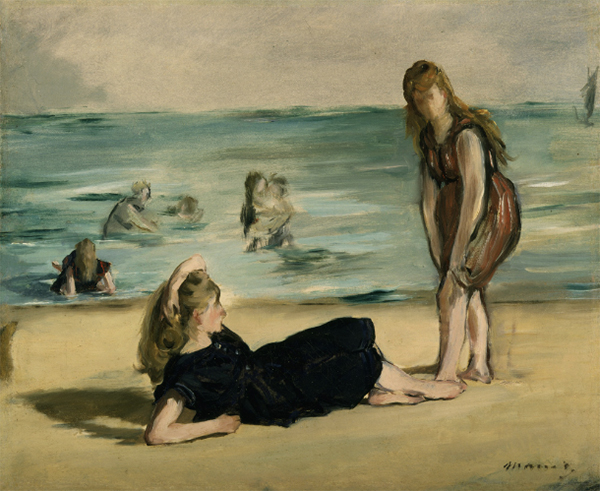 The exhibit will be hosted at the Albright-Knox in Buffalo from Feb. 2 to May 26, 2019. It will then run at the DIA from June 23 to Oct. 13, 2019. The exhibit features more than 40 pieces by artists such as Paul Cézanne, Edgar Degas, Vincent van Gogh, Claude Monet, and Berthe Morisot. It also celebrates the life and vision of Ralph C. Wilson Jr., who amassed a small collection of paintings by Impressionist artists during his lifetime.

“We are delighted to present this exhibition in honor of Ralph C. Wilson Jr., a leader who had a transformative impact on the cities he called home,” says Janne Sirén, Peggy Pierce Elfvin director of the Albright-Knox. “Mr. Wilson loved Buffalo and Detroit and dedicated his legacy to improving the lives of residents in both cities, the effects of which we will see for decades to come.

“Humble and Human, the exhibition we have produced together with our amazing partners at the Detroit Institute of Arts, celebrates an extraordinary individual, his generosity, and his humility.”

The work of the Impressionist period elevated the beauty of the everyday to the status of fine art.

“When I first met Ralph Wilson and viewed his collection at his home, I was impressed by his kindness and his authentic love for his paintings. He showed a rare sensibility, a natural eye for beautiful things,” says Salvador Salort-Pons, director, president, and CEO of the DIA.

“This exhibition celebrates Mr. Wilson’s life and will be a unique opportunity for our visitors to experience an extraordinary collection of Impressionist works in new ways,” he continues. “Furthermore, this show brings Detroit and Buffalo closer together, establishing an unprecedented collaboration between two of the greatest museums in the country for the benefit of our communities. We are grateful to present our collections in his honor and to help our visitors make new personal connections with some of the most beautiful artworks and our region’s history.”

The exhibition was curated in honor of Wilson’s 100th birthday and his legacy as a philanthropist, business leaders, and advocate for the citizens of Detroit and Buffalo.

“Ralph would have been thrilled that his love of Monet and Impressionist art is bringing together these two great cities and two incredible cultural institutions for this special exhibition,” says Mary Wilson, widow of Ralph C. Wilson Jr. and life trustee of the Ralph C. Wilson Jr. Foundation. “Now the communities he loved will have the opportunity to enjoy and connect with the style of art that brought him so much joy during his life.”

The exhibition will be accompanied by a full-color catalog, both of which will be underwritten by the foundation.

Ralph C. Wilson served in the U.S. Navy during World War II before returning to Detroit and taking over his father’s insurance business. He was a one-time minority owner of the Detroit Lions, acquired construction and manufacturing operations as well as radio and television stations, and was the founder of Ralph Wilson Industries.

He started Buffalo Bills in 1959 with the fledgling American Football League. The team won AFL championships in 1964 and 1965, and the league merged with the National Football League in 1970. The Bills played in four consecutive Super Bowls from 1990-1993 and lost all of them.

Wilson passed away in 2014 at the age of 95. He requested that a share of his estate be used to fund the Ralph C. Wilson Jr. Foundation, which has a grant-making capacity of $1.2 billion over a 20-year period, which expires Jan. 8, 2035. The foundation invests in youth, young adults and working families, caregivers, and community initiatives in southeast Michigan and western New York.

The DIA houses more than 60,000 works from ancient times through today. Admission to the museum is free for residents of Macomb, Oakland, and Wayne counties. More information on the exhibition is available here.