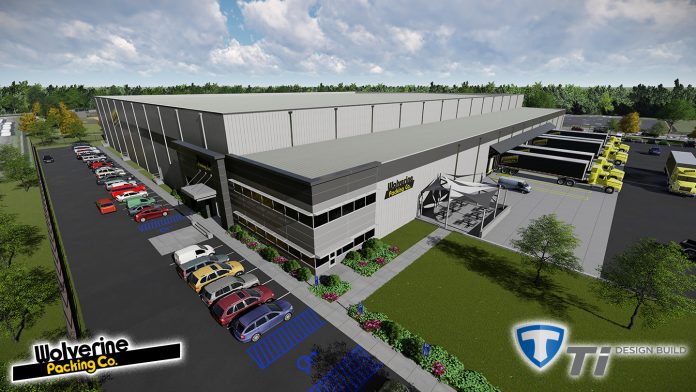 Ti is a cold storage builder, and Wolverine is one of the nation’s largest producers of beef, poultry, and other meat products. It also distributes its products internationally, and produces eight million burgers per week.

Wolverine operates out of four facilities and employs more than 500 people in Eastern Market. The new production facility will create 100 construction jobs and 50 full-time positions.

Development plans also include the rehabilitation of Forest Park, which is along the east side of the property. Company owners have agreed to financially contribute to the park’s renovation and have said preserving the park for the residents and Wolverine employees is a priority.

“It has been a privilege working with Detroit’s largest meat processing company,” says Rob Adams, a partner at Ti. “Over the last two-and-a-half years, we’ve seen the project grow from a small facility and processing project into something much greater.”