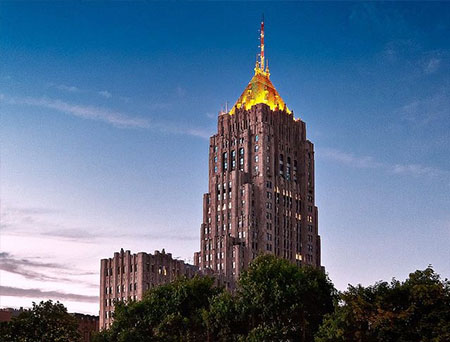 Detroit-based United Way for Southeastern Michigan today announced it plans to move its corporate office to the Fisher building in Detroit’s New Center.

The headquarters are currently located at the First National Building in downtown Detroit. The United Way expects to fully transition to a fifth-floor, 36,500-square-foot suite by March 2019. It will also house the organization’s 2-1-1 call center and allow the organization to interact with the community, donors, and corporate and agency partners in new ways.

“When considering our mission, our role in the community, and remaining fiscally responsible, the Fisher building was the best choice,” says Darienne Driver, president and CEO of United Way. “Our new space will enhance our ability to support more than 200 agency partners in filling social service gaps toward building a stronger southeast Michigan.”

United Way has served as a hub for agencies offering care to underserved and vulnerable communities throughout Macomb, Oakland, and Wayne counties for more than 100 years. The organization was first housed at 1212 Griswold in Capitol Park, before moving to the First National Building in 2008.

“We are excited to welcome United Way for Southeastern Michigan to the Fisher Building,” says Dietrich Knoer, president and CEO of The Platform, the company that owns the building. “Its dedication to the community is a perfect fit to furthering the Fisher’s role as a beacon for Detroit from which our tenants serve Detroit and its neighborhoods, and where we welcome all Detroiters.”