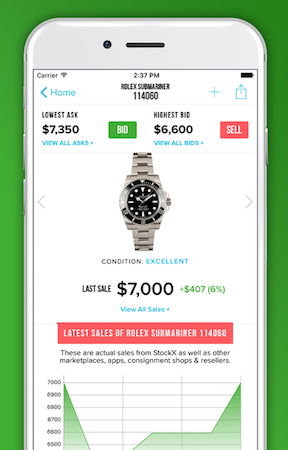 New York-based IBM today announced a partnership with Detroit-based StockX to design, build, and distribute a new app in the IBM Cloud, which will help scale operations and meet the needs of StockX’s growing user base.

Founded in 2016, StockX is a secure online platform where users buy, sell, and trade in-demand consumer products including sneakers, watches, and handbags. StockX tapped IBM to help design an app that would allow their operations to expand while maintaining their customer promise of same-day turnaround and a careful inspection process that ensures individual product quality. StockX selected IBM for their enterprise expertise in designing cloud strategies that meet specific business needs.

Influenced by the IBM Garage design methodology, StockX engineers worked with IBM to design and build an app called OpsApp. The team began by identifying areas their authentication process could be strengthened, including manual procedures and logistical challenges. Next, they determined how the IBM Cloud could make these processes more efficient through its services like object storage and cloud data.

The IBM Cloud is an open, public cloud platform featuring more than 150 tools and services including cognitive intelligence, data analytics, machine learning, DevOps, blockchain, and the Internet of Things.

“StockX is a company that is transforming the way people buy and sell in-demand products” says Shawn Murray, worldwide director of IBM Cloud Garages. “StockX was able to make extensive use of IBM Cloud to experiment with and operate infrastructure that can support millions of dollars in traded merchandise. What this company was able to build following the pop-up Garage in just a matter of weeks is incredible, and is a testament to the power and potential of agile, data-driven cloud services.”

IBM Cloud Garages are a global network of physical hubs around the world in entrepreneurial and developer focused communities including Galvanize and WeWork. Each Garage features a team of IBM developers and designers who freely collaborate with other developers, product managers, and design teams accross industries to create new innovations on IBM Cloud.

Using the cloud, the StockX authentication team can quickly locate the data and guidance they need using images and tracking information to allow faster product validation and shipping. The app also makes it easier to train new staff to meet demands from processing volume, since it is set up to help digitally guide teams through the authentication process.

“Faced with strong growth as we approached $100 million in traded merchandise value in just one year of business, StockX identified the need to scale our product authentication process to meet growing demand,” says Josh Luber, StockX co-founder and CEO. “Partnering with IBM allowed us to quickly identify and explore a new app with IBM Cloud. Senior members of our technology team now have the freedom to remain confidently ‘hands off,’ enabling a two-person team to ship features quickly and operate production grade infrastructure completely by themselves.”