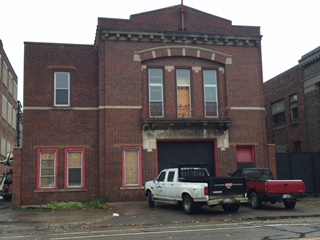 “We will offer 20 residential lofts, which will be a mixture of studio and one-bedroom residences and luxury, modern penthouses (at 1627 and 1629 W. Lafayette),” says Michael Chetcuti, a principal in the project with Michael Collins. The pair is part of the ownership team at American Expedition Vehicles in Wixom, which designs and manufacturers vehicle packages and accessories for the Jeep Wrangler and Dodge Ram 2500 and 3500.

“We see the SoCo District (southern Corktown) as an up-and-coming area that will draw artists, designers, and creative people,” Chetcuti adds. The location is a few blocks from the Detroit River and the former Tiger Stadium site that is being redeveloped by Detroit PAL and Larson Realty Group. 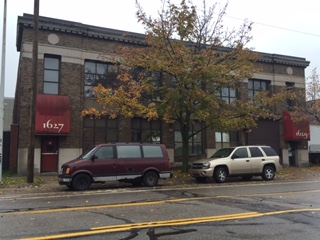 In turn, Chetcuti and Phil Cooley, co-owner of Slows Bar BQ in Detroit and Grand Rapids, among other enterprises, are partners in the redevelopment of Ladder House No. 12.

Scheduled to be completed next summer, Ladder House No. 12, located at 1625 W. Lafayette, will include a first-floor studio for Kyle Evans Design and flexible space that can be used for a pop-up eatery, an art show, or intimate gatherings. A residence will be added on the second floor of the building.

Immediately behind the Ladder House, Chetcuti and Cooley will collaborate on a restaurant in a former commercial building. The eatery, which is being designed by Kyle Evans Design (Evans was a former designer at FCA US in Auburn Hills), will offer wine and cuisine, and is scheduled to open next summer.

“The flexible space in Ladder House No. 12 will be mainly used for fundraisers,” says Chetcuti. “We really want to be a part of the community fabric in Corktown and help raise money and awareness for area charities.”