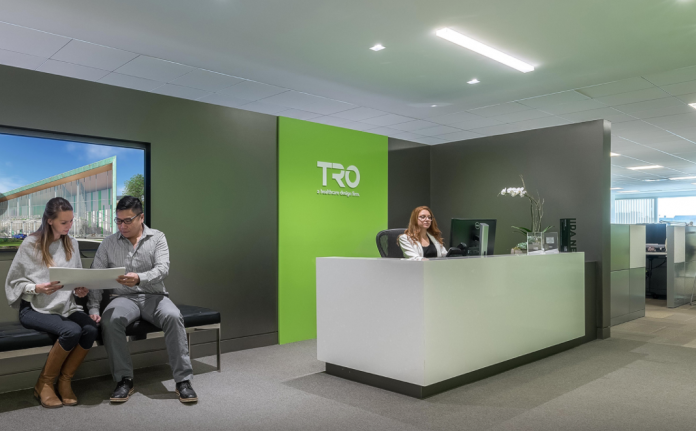 SmithGroupJJR, a large architectural and engineering firm headquartered in Detroit, today announced it has acquired TRO, a Boston-based, healthcare design firm. With the acquisition, SmithGroupJJR will have 1,300 employees working at 12 offices across the U.S. and China.

TRO’s recent projects include the Alfond Center for Health at MaineGeneral Medical Center in Augusta, Maine; the Neonatal Intensive Care Unit at Brigham and Women’s Hospital in Boston; and the Menino Addition and Renovation at Boston Medical Center.

TRO will become the Boston office of SmithGroupJJR, and Mark Jussaume, who has been with TRO since 1990 and most recently served as the firm’s CEO, will step into the role of office director.

“There is no doubt that this partnership will add tremendous depth in all disciplines and allow our expanded organization to leverage deep expertise in several key market sectors,” Jussaume says.

SmithGroupJJR managing partner Russ Sykes says that establishing a presence in the Northeast, and Boston in particular, has been a big part of the organization’s long-term plans.

“As opportunities to grow the firm have been identified, the Northeast was an obvious gap in the geography of our offices,” Sykes says. “New England is a prime location for the markets we serve and a great region for recruiting talent.”

The Boston office will continue doing business as TRO into the second quarter of 2018, at which time it will be fully integrated into the SmithGroupJJR brand.

SmithGroupJJR was established in Detroit in 1853 and has offices in Detroit and Ann Arbor. Some of the firm’s notable projects in the area include the Detroit Opera House, Yost Ice Arena, Meadow Brook Hall, the Penobscot Building, and the Guardian Building. More recently, Smith GroupJJR worked on Comerica Park, Ford Field, and the Edward H. McNamara Terminal at Detroit Metropolitan Airport.