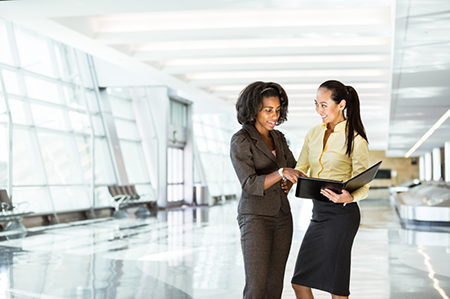 Detroit Economic Growth Corp. in April will host an event to increase the number of minority-founded, venture-backed companies by bringing together business owners, venture capitalists, and investors.

“Right now, we know that less than 3 percent of venture capital funded startups have an African-American, Latino, or Native American founder,” says Rod Miller, CEO of the organization. “Only 9 percent of startups that pitch to angel (investors) in 2013 were minority-owned businesses.”

Miller says the event isn’t only about pairing companies with investors. He wants to showcase the city as a great place to grow a company, to “put a spotlight on Detroit.”

The three-day event will include a boot camp to teach high-growth, high-tech companies how to pitch to investors and how to manage growth. There will also be a pitch competition where participants will be awarded cash prizes. Business owners will also have the opportunity to meet and network with investors.

PowerMoves, to be held at various venues in Detroit’s central business district, saw more than $11.7 million in commitments to entrepreneurs that participated in last year’s program in New Orleans.

“There are companies out of New York City, Washington, D.C., Boston, and Chicago (coming to the event). I want them to see that Detroit is a place where they can grow. I really want to position Detroit as the place for high-growth, minority companies,” Miller says.

Of the 15 companies participating in the boot camp, seven are Detroit-based companies, including Snapsure, which developed an app to help people find reviews for products they’re looking to buy, and FlashDelivery, a restaurant and grocery delivery service. The companies are competing for $40,000 in prizes.

At the same time, DEGC is hosting an event to help start-ups prepare for PowerMoves. Miller says he hopes this is just the beginning of PowerMoves in Detroit. Eventually, he wants this to turn into an incubator for companies to make a wide variety of resources available to minority-founded, venture-backed companies.

Morgan Stanley, Invest Detroit, the New Economy Initiative, the city of Detroit, and DEGC are helping to underwrite the event.