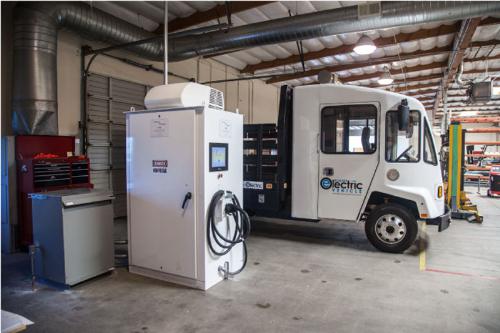 NextEnergy, a Detroit-based accelerator firm, is working to make Michigan a leader in advanced energy technologies. In the past two years, the company has supported 44 advanced tech companies that have produced 67 products; filed 443 patents, copyrights, and trademarks; and invested $89 million on plant and capital expansions.

Jim Saber, vice president of business and technology development at NextEnergy, says there is a long list of state companies making an impact in the energy sector, however, he points to five firms in metro Detroit that are especially “representative of where things are going.”

Among them is Nextek Power Systems, which specializes in direct-current power networks for buildings that reduces energy waste that occurs when converting alternating-current power (AC) to direct current (DC). While electrical power in homes and office buildings is AC, electronic devices, or anything with a computer chip, operate off of direct current.

“At every point of use, there is a power conversion from AC to DC,” Saber says. “Have you ever noticed when charging your laptop that the brick (adapter) that turns the power from AC to DC can get pretty hot? That heat is wasted energy. So if you can feed direct current into all of your devices, you minimize the wasted energy, and things can run much more efficiently.”

Meanwhile, in Ferndale, ZeroBase Energy is developing renewable and hybrid distributed power products that create remote off-grid systems that deliver power in remote sites or in adverse environments. The company is planning to install microgrid hybrid technology in Lokichogio, Kenya, a rural town near the border of south Sudan.

The products are easy to put together, says Saber, noting that ZeroBase has contracts with the U.S. Department of Defense and other federal agencies.

Another metro Detroit company that has worked with the Defense Department is Coritech Services in Royal Oak, which offers vehicle-to-grid charging technology. With the system, the battery in an electric vehicle can actually return power into the grid, essentially becoming an energy source when parked.

In Farmington Hills, IntelliStreets has been developing control systems for public lighting, which can also be applied in private parking lots, sporting venues, and college campuses. By using wireless technology to communicate with individual lights, streetlights are able to conserve energy up to 70 percent over conventional lights.

“Imagine a street light or a parking lot light that you could control with your cell phone,” Saber says. “You could program your route home so the street lights turn on as you approach a certain neighborhood, and turn off as you leave it.”

Another company NextEnergy has been working with is Arborlight. With a focus on developing advanced lighting systems and components, the Ann Arbor firm has created a LED-based window emulator which delivers daylight that looks and acts like a real skylight for spaces or offices that cannot access daylight.