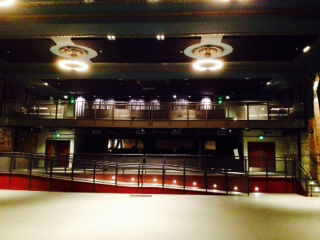 The Woodward Gardens Block Development, located along Woodward Avenue between Selden and Alexandrine in Detroit’s Midtown District, will start leasing the first of 61 new apartments in December in anticipation of a January opening. The project, anchored by the newly restored Garden Theater, has been more than a decade in the making.

Built in 1912 and designed by famed architect C. Howard Crane, the theater with its Beaux-Arts façade, was fashioned after a garden complete with vines, flowers, and birds. Much of the interior woodwork and other ornamentation was saved, and a drop ceiling was removed to reveal the original oval lighting fixtures.

“Where the original wood was gone, we used reclaimed wood,” says George Stewart, a majority partner in the project with Michael Byrd. The pair met several years ago when they both worked for General Motors. William Mosley holds a minority interest in the project. 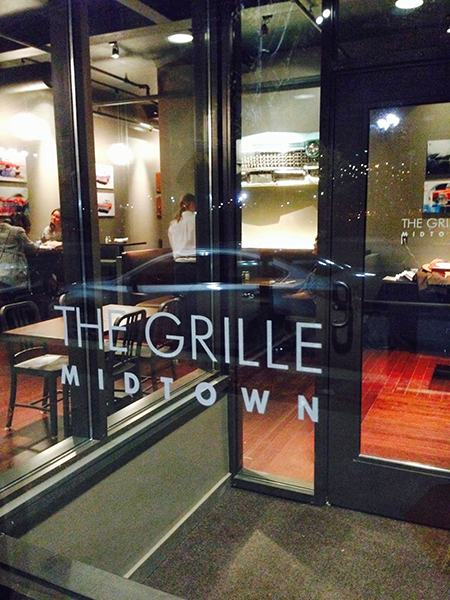 The apartments, at Woodward and Selden, replaced the former Zakoor Novelty Co., which was torn down. The one- and two-bedroom apartments range in size from 650 to 1,200 square feet and will rent from $900 to $1,400 per month, says Stephanie Byrd, marketing manager for the Garden Theater.

Along with her sister, Cristina Byrd, director of operations, and a cousin, Leslie Byrd, events manager, the trio operate The Grille Midtown, an 88-seat restaurant attached to the Garden Theater. For the last 25 years, the Byrd family has operated Flood’s Bar and Grille at E. Lafayette and St. Antoine in downtown Detroit.

In addition to The Grille Midtown, which offers American cuisine including dill-stuffed Peppadew peppers, crab cakes, lamb chops, and grilled salmon, the block-long development includes Great Lakes Coffee Roasting Co. and offices for Midtown Detroit Inc., Wayne State University, and the Detroit branch of the Kresge Foundation. In the near future, Just Baked will open on the first level of the development.

“The theater covers all genres of music, and is available for corporate events, weddings, and other public gatherings,” says Stephanie Byrd. “We have meeting rooms that can accommodate up to 60 people. For shows, the balcony is the VIP section, which can accommodate up to 75 people (standing).” In addition, the overall project includes a neighboring 300-space parking deck, which opened three years ago.

Pictured at right: The Grille Midtown is an 88-seat restaurant attached to the Garden Theater. Photograph by David Rudolph.