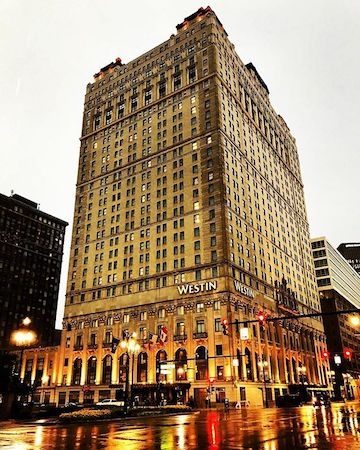 With limited inventory in downtown Detroit and Midtown in 2017, due in part to the delay of a few development projects, the Lafayette Park/East Riverfront District recorded the highest volume gain in condominium sales — up 38 percent to $23.7 million — over the same period in 2016.

According to figures released today by Berkshire Hathaway Home Services and The Loft Warehouse, located in Detroit’s Eastern Market (the two organizations partnered in 2017), the overall condominium market in Detroit recorded an average price increase last year of 9 percent to $223,000 over the same period in 2016.

This year, added inventory should propel sales and prices further, with new and converted condominiums coming on line, including the Fort Shelby in downtown Detroit, Great Lakes Tower at Harbortown, the Selden in Midtown, and City Modern in Brush Park.

“We were projecting growth in the Detroit market in terms of new units last year, and that growth has shifted to this year,” says Jerome Huez, president of Berkshire Hathaway Home Services and The Loft Warehouse. “We are working very closely with the Detroit City Council to receive final approvals for NEZ status (Neighborhood Enterprise Zones) for some of these projects (reduced property taxes).

“There is more confidence in the city, people who are renting are looking to buy, the city is four years out of bankruptcy, and we’re seeing condo prices rise while interest rates are likely to go up. We’re seeing quite a number of people coming in from the suburbs and drawn to Little Caesars Arena, all the new and existing restaurants, and all of the memorable shows, operas, concerts, and activities.”

While the central business district, Midtown, Lafayette Park, and the East Riverfront District have drawn the most interest among condo buyers and apartment renters, Huez says Corktown will pick up this year as new projects come on line at the former Tiger Stadium site at Michigan and Trumbull (The Corner by Larson Realty Group) and Elton Park just east of the stadium site (Soave Real Estate Group).