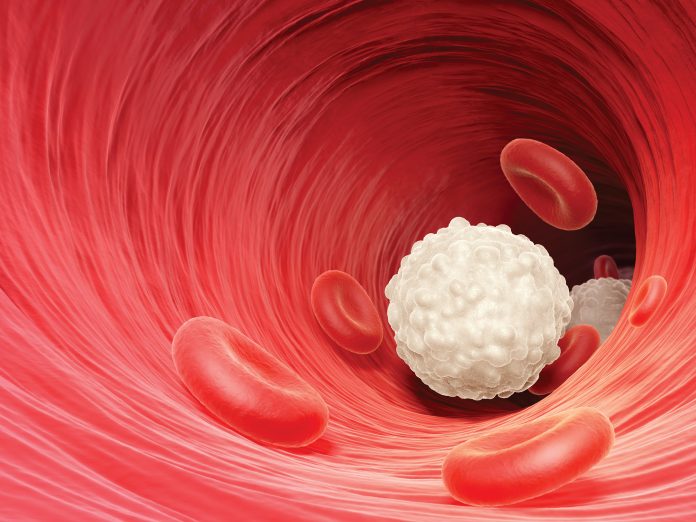 CAR-T therapy is a type of immunotherapy made from a patient’s own white blood cells, which are genetically modified to recognize and attack the patient’s cancer cells.

T-cells are removed from the patient’s body and shipped to an outside facility, where they are modified in a two- to three-week process. During that time, the patient undergoes a short chemotherapy regimen to prepare his or her body for the CAR-T cells. The CAR-T cells are shipped back to Karmanos, where they are infused into the patient. They multiply, and recognize and destroy cancer cells.

The cells are a living treatment that remain in the body to help prevent the cancer from returning. The patient is hospitalized for about two weeks, but this time can be lengthened based on the patient’s side effects. Some patients have to spend time in the Intensive Care Unit.

“In the field of oncology, this is a big breakthrough,” says Dr. Abhinav Deol, medical oncologist at the Karmanos Cancer Institute and associate professor at Wayne State University School of Medicine.

“Karmanos is very pleased to have been part of the treatment study which earned FDA approval after decades of research, now making this treatment available to more patients with this challenging disease. This is good news for those with diffuse large B-cell lymphoma, since the success rate with other types of treatment has been minimal.”

While CAR-T is a promising treatment, it is expensive, and not all health insurances cover the procedure.

Patients with DLBCL who have not responded to at least two other types of treatment or who have relapsed following other treatment may be eligible for CAR-T therapy. DLBCL is aggressive and occurs primarily in adults.

“Following CAR-T therapy, we’re seeing initial positive response rates in the range of 80 percent, and long-term response rates, approximately one year or longer, up to 45 percent,” says Deol. “As more data becomes available, we hope to see an even longer time in remission.”

Karmanos took part in the CAR-T clinical trials that led to U.S. Food and Drug Administration approval in October 2017. Because the treatment is new, long-term outcomes data is not available.

“Karmanos is one of the largest and best centers in the country for stem cell transplantation with some of the best survival outcomes for related and unrelated stem cell transplantation,” says Dr. Joseph Uberti, Karmanos division chief of hematology and co-director of bone marrow transplant, and professor of Wayne State University School of Medicine. “With a highly trained and experienced medical team in place, we are well-prepared and honored to care for patients undergoing CAR-T therapy.”