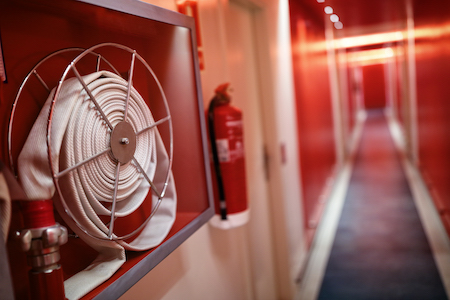 “We think Sabah is a great addition to the Sciens platform,” says Heath. “Sabah gives us a meaningful presence on the West Coast, with an impressive customer list and a strong reputation in the market.”

Sabah CEO Michele Sabah will be working closely with the Sciens board, while Sabah president Matt Ramsey will continue in his current role of overseeing business development and growth.

“With three companies now under the Sciens umbrella and offices on both coasts, Sciens is becoming a significant player in the fire detection and security services arena,” says Jim Mahoney, partner at Huron Capital. “With Terry Heath’s leadership, we will continue to look for acquisition opportunities as we seek to further expand this ExecFactor platform.”

Huron Capital is an operationally-focused private equity firm focused on growing middle-market companies through a buy-and-build investment model. Founded in 1999, the company has raised more than $1.7 billion in capital and invested in more than 135 companies nationwide.