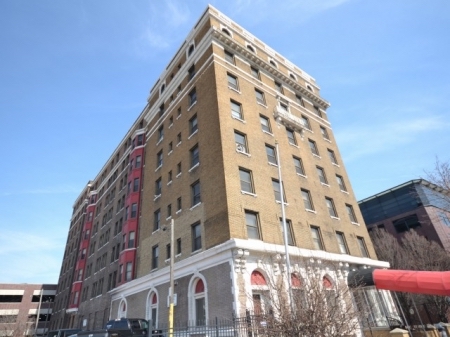 The firm worked with the city’s department of housing and revitalization and Midtown Detroit Inc.’s Stay in Detroit program to develop a new model for responsible rehabilitation of an occupied building, which was acquired by Broder and Sachse in March 2016 and renamed The Hamilton.

“The Hamilton is a unique and architecturally significant building located in the booming Midtown neighborhood of Detroit,” says Richard Broder, CEO of Broder and Sachse said. “It is a true honor to work with and for the community and to restore this important property, providing safe, affordable, and comfortable living options for a wide range of residents in the city. In addition to updating the critical infrastructure of the property, we intend to restore the stunning ballroom and add outdoor space.”

Under the program, Broder and Sachse will help qualified residents secure temporary housing and return to The Hamilton after renovations are complete, including support for moving fees, security deposits, and any differences in rental fees.

Residents earning less than $40,000 per year will qualify for the program, while residents earning $40,000 and above will have first rights to new apartments. Under the agreement, Broder and Todd Sachse will undertake a $12 million redevelopment of the 93-unit building to adequately improve the necessary systems within the historic property. Full rehabilitation will not begin until each qualified resident has an appropriate temporary housing unit, and they will be moved back into new units at no cost, maintaining their legacy rental rates as long as they choose to lease in the building.

“This is a win for the residents and a win for the city,” says Arthur Jemison, director of Detroit’s Housing and Revitalization Department. “We want to say thank you to the developers who stepped up and recognized the importance of growing together. I am really pleased with the high standard they are now setting for other developers in this community.”

In exchange for the developer’s commitment to keeping units affordable, the city will support the project request for tax abatements with the City Council and contribute approximately $450,000 towards the cost of rehabilitation. This is the first time the city and developers have collaborated to preserve occupancy in a building without federal or state income restrictions.