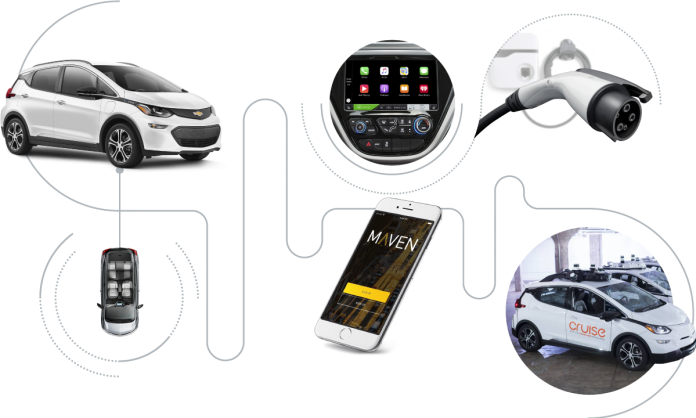 General Motors Co. in Detroit today released its latest Sustainability Report, which is designed to help the automaker address societal and environmental challenges while transforming the future of mobility and following a vision of zero crashes, zero emissions, and zero congestion.

“We are in the midst of a transportation revolution as groundbreaking technologies and evolving customer lifestyles transform our vehicles and how we use them,” says Mary Barra, chairman and CEO of GM. “We have the right team, technology, partners, manufacturing scale, and mindset to lead this revolution.”

Highlights include increasing electrification with the release of 20 new, all-electric models launching globally by 2023. Chevrolet Bolt EV production is expected to increase this year, and the company says it is partnering with utilities, companies, governments, and others to accelerate the charging infrastructure while working to increase consumer acceptance.

The company is striving for an all-electric portfolio, but continues to implement near-term improvements across traditional vehicles. It is advancing in engine and transmission efficiency, aerodynamics, vehicle lightweighting, and other technologies to reduce fuel use and cost. Since 2016, the company has shed more than 5,000 pounds across 14 new-vehicle models.

GM is also the first automaker to use mass-production methods for autonomous vehicles, and is the only company to produce self-driving vehicles at-scale. Production versions of the Cruise AV will be built at the company’s Orion Assembly plant in Orion Township, with commercialization expected in 2019.

In addition, GM’s Maven suite of shared mobility solutions has expanded to capitalize on car and ride sharing, reducing congestion.

GM has pledged to source 100 percent renewable energy for its electricity needs globally by 2050. By the end of 2018, renewable energy is expected to power 20 percent of the company’s global electricity use. The company surpassed its 2020 goal to reduce the carbon intensity of its operations by 20 percent three years early. Since 2010, GM has reduced the energy intensity of its operations by 15 percent.

The automaker also is focused on initiatives to support STEM talent and expects to reach 40,000 secondary students in 2018 through its support for Code.org. On average, GM recruits an employee for a STEM position every 26 minutes.

The company invests in leader skills development through its Women in Action Initiative, which attracted more than 6,700 employee participants. About 32 percent of top leadership positions at GM are held by women.

More information on the report can be found here.