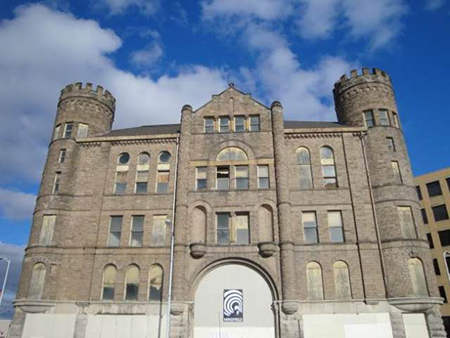 The historic Grand Army of the Republic Building in downtown Detroit is entering the final phase of its four-year renovation project, which will transform the second and third floors into event and office space with completion expected by the end of the year.

David Carleton, a partner at Mindfield, a media company whose partners purchased the GAR building at 1942 Grand River Ave., says the approximately 3,500 square foot second floor will be designed as an event space. He says the “turret room” on the corner of Cass and Grand River, will either be available as part of a larger event on the entire floor or for a private party that will accommodate about 24 people.

Carleton says the entire floor will be available for larger events such as a business meeting, a wedding, or a bar mitzvah for 100 to 120 people.

“(Renovations of the space are) going to keep the personality of the castle when it was built in 1897, so it will have hardwood floors and we’re restoring the plaster,” Carleton says. “On that floor, given the event space, we’ll be putting large, majestic drapes over the windows, and really just make it suitable for a business meeting or a more intimate event like a wedding or a retirement party.”

A before shot of the second floor. 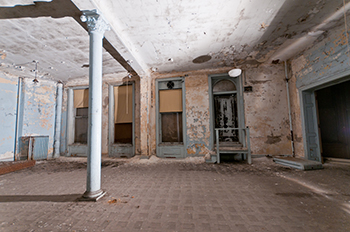 Carleton says the third floor will be leased out for commercial office space and plans to have the space leased by the end of the year.

The building opened in 1899 for veterans from the Union Army who served during the Civil War. In the early 1930s, when the last veteran passed, the city took ownership. Mindfield acquired the structure four years ago.

“We closed on the building in 2011, so this last phase will be the four year mark on bringing this building back and making it the unique space that it is here in the city,” Carleton says. “It’ll be good to put this one to bed and figure out what’s next.”â€‹