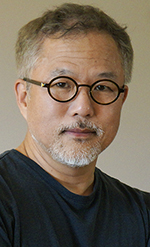 Starting Jan. 1, Sooshin Choi — a former top auto designer for Kia Motors — will serve as the provost and vice president for academic affairs at the College for Creative Studies in Detroit. Choi, who will play a key role in the college’s strategic planning, technology planning, and resource development, says he hopes to grow the school’s reputation.

“Being recognized globally is very important,” says Choi, noting that had been one of his focuses at the University of Cincinnati, where he had been director of the School of Design since 2010. “Connecting with high quality schools and industry in other countries, encouraging faculty and students to disseminate what we do at CCS, and bringing people to Detroit to see CCS and the city are a few (ways to achieve such recognition).”

Choi says it’s important to note that the school’s offerings extend beyond art and design. “CCS should be the academic and industry leader by becoming a center for creative studies, as the name implies,” he says.

Choi has a busy month ahead of him. In addition to transitioning from the University of Cincinnati, he has a business trip planned for Korea. He also will attend an executive board meeting in Seattle for the Industrial Designers Society of America.

“At the same time, I will be putting my thoughts together for my initial steps at CCS,” Choi says. “I also need to find a place to live in Detroit. So this December will be the busiest one in my whole life.”