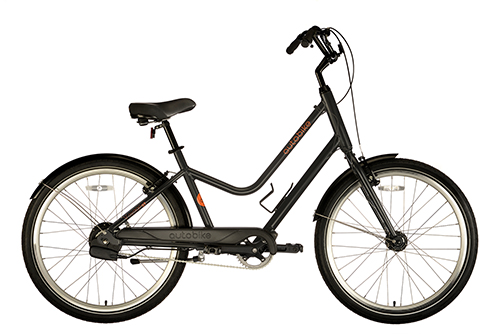 Known for its electronically controlled automatic shifting system, Detroit-based AutoBike has joined forces with TerraTrike in Grand Rapids to expand the availability of the new technology through a new bicycle line to be released this spring.

“TerraTrike is the first bicycle OEM to incorporate AutoBike’s patent pending system on their own bikes,” says Mark Simpson, founder of AutoBike. “Just as the majority of automobiles in the U.S. come equipped with automatic transmissions, we believe that a similar trend will occur with bicycles once people experience the pleasure of riding without the hassle of shifting gears.”

Sold through TerraTrike, the Rover Auto NuVinci model, a three-wheel recumbent trike, will be sold though bicycle dealers and shops, Simpson says. He adds that the company would like to team up with as many bike OEMs as possible.

“We think this is a technology that has some legs and will become more popular over time,” Simpson says.

AutoBike was founded in 2011 in an effort to make bicycle riding easier, Simpson says. After filing a patent for the automatic shifting system, AutoBike took its product a step further by adding Bluetooth capabilities. As a result, the system can share cadence, track mileage, speed, and calories burned with a smartphone or tablet.

In May 2013, AutoBike began selling its own bike line, called Voyage, online and in select bicycle stores for around $1,000.

“AutoBike believes that by eliminating one of the biggest barriers to cycling — shifting — many more people will be able to enjoy the healthy aspects of cycling, leading to a happier, healthier lifestyle,” Simpson says.

In addition to AutoBike’s Voyage and TerraTrike’s Auto NuVinci models, the company will sell kits directly to consumers who want to equip their own bicycles  with the automatic-shifting system, Simpson says.