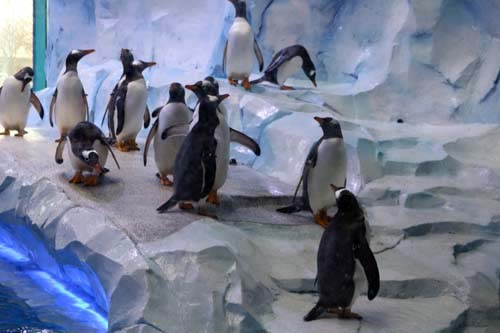 The Detroit Zoo has launched a marketing campaign designed to provide an expanded view of the zoological society’s work with wildlife conservation, animal welfare, sustainability, and education.

“Most people expect they are going to visit a wonderful zoo — a beautiful, natural space that provides a great experience for people and for animals,” says Ron Kagan, executive director and CEO of the Detroit Zoological Society. “What they ultimately discover is that the Detroit Zoo is and does so much more.

Created by Southfield-based Doner, with animation by New York-based creative agency Psyop, the “Zoo That Could” campaign includes four, 60-second television commercials as well as print, digital, and social media elements that are communicated through the eyes and voice of a child.

“This campaign changes the conversation and explains what we do and why we do it,” Kagan says. “We hope it will educate and inspire the community to think of their zoo in a whole new way.”

In one of the ads, the campaign describes the Detroit Zoo as the zoo that could turn abandoned eggs into abundant flocks — a reference to its efforts to save the federally endangered Great Lakes piping plover.

Other ads show the Detroit Zoo as the place that could stop a polar bear from melting, and as the zoo that could use waste to conserve power.

The zoological society’s education programs are also referenced in the campaign.

IN RELATED NEWS, a 29-year-old female polar bear named Tundra has found a new home on the tundra — and the pack ice — of the Detroit Zoo’s Arctic Ring of Life. The bear will be relocated this month from the Indianapolis Zoo, which today announced it is permanently closing its polar bear exhibit.

“The Arctic Ring of Life is an incredible facility for this polar bear to spend the remainder of her golden years,” said Scott Carter, chief life sciences officer for the Detroit Zoological Society. “She will receive the best possible care during her time here and enjoy the comforts of this expansive, naturalistic space.”

In the wild, polar bears have an average life span of 15 to 18 years. In captivity, as is the case with many animals, polar bears tend to live longer due to the health care and nutrition provided by veterinarians and animal care staff.

The Arctic Ring of Life, opened in 2001, is one of the largest habitats for polar bears in North America. The state-of-the-art, interactive facility encompasses more than 4 acres of outdoor and indoor habitats and public spaces. The bears have access to a grassy tundra, a freshwater pool, a “pack ice” area and a 190,000-gallon saltwater pool, as well as an indoor holding area. Visitors can enjoy a spectacular view of the polar bears swimming above and around them from the 70-foot-long Frederick and Barbara Erb Polar Passage.

To learn more about the marketing campaign, visit thezoothatcould.org.