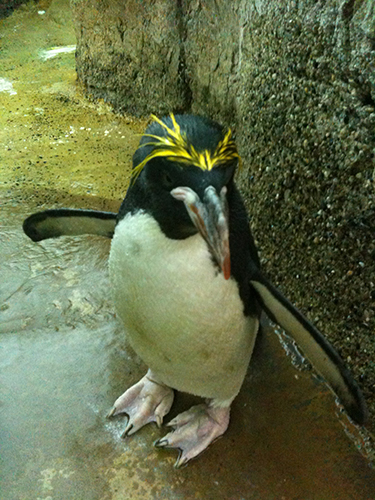 The  $2 million project, which began in September 2012, included upgrades to more than 50 buildings and the installation of additional utility meters and low-flow toilets. A new automated building management system allows the zoo to monitor the heating, ventilation, and air conditioning systems of multiple buildings from one location and make adjustments in real time based on actual conditions.

“Being green is a fundamental value that reinforces our commitment to progressive resource management and environmental leadership,” says Ron Kagan, executive director and CEO of the society. “The energy and resource efficiencies realized through this project represent another big step on our green journey.”

Variable speed controls installed at the Arctic Ring of Life, home to polar bears, seals, and artic foxes, will result in a savings of nearly $55,000 a year. Electronic controls installed in various animal habitats where water runs non-stop will save tens of thousands of dollars annually, Kagan said.

The improvements — part of the zoo’s Greenprint sustainability plan — will result in an annual greenhouse gas reduction of 1,063 metric tons, equivalent to carbon dioxide emissions of 203 passenger vehicles or saving more than 11 million gallons of water a year.

Earlier this year, the zoo announced plans to create the $21-million Polk Family Penguin Conservation Center. In an interview in Hour Detroit magazine in June, Kagan, explained that advanced research had gone into the new exhibit’s development, including visits to Antarctica.