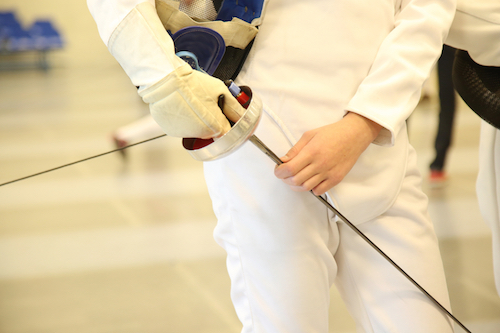 The North American Cup circuit for USA Fencing will kick off its 2016-17 season this Friday at Cobo Center in Detroit.

“I think with the visibility fencing has received through the Rio games with the medals that were won, it’s helped to raise the profile of the sport,” says Dave Beachnau, executive director of the Detroit Sports Commission. “To have (The North American Cup) here in Detroit is really a great opportunity for us. Anytime you can secure and host an event it builds your resume and profile in the sports event world as a destination that can successfully hold major events.”

Competition events, which will begin daily at 8 a.m. and conclude at 8 p.m., will be held in each of the three weapons (epee, foil, and saber) in the following categories: Division I, Wheelchair, Cadet (U17) Individual, Cadet Team, and Division II.

In addition to fencing, attendees will have the opportunity to meet members of the 2016 U.S. Olympic and Paralympic Teams as the USA Fencing Celebrates Rio tour comes to Detroit.

This hometown tour, featuring a fencing demonstration, Team USA celebration, and USA Fencing family celebration, previously included stops in San Francisco, New York City, Houston, and Portland. The tour is designed to give fans the opportunity to celebrate Team USA’s four medal wins at the Olympics as well as meet the fencers and be introduced to the sport.

All events are open to the public, and most are free (there is a $25 admission for the Team USA Celebration reception).