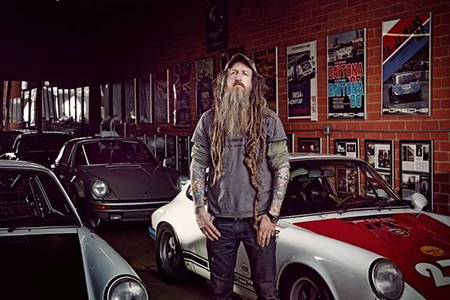 Detroit will host an inaugural film festival in May that celebrates the automobile, and will include movies such as the documentary Havana Motor Club, which details Cuba’s underground drag racing scene following the 1959 revolution, and Why We Ride, a film about motorcycle culture.

“We’re thrilled to bring our festival to the Motor City and to be involved in the promotion and revitalization of Detroit,” says Fred LoBianco, president of World Class Motoring, a California-based automotive accessories store that is hosting the event.

The three-day festival, which runs May 28-30, includes films such as a portrait of the rebel Porsche customizer, Magnus Walker – Urban Outlaw. As part of the festival, Walker will provide commentary about the film.

Other films include 1, the story of Formula 1 motor racing, and Going Attractions, a documentary about America’s drive-in theaters. Screenings will be held at The Fillmore Detroit, Madison Building at Witherell and Broadway, and Cinema Detroit (3420 Cass), along with various Midtown locations.