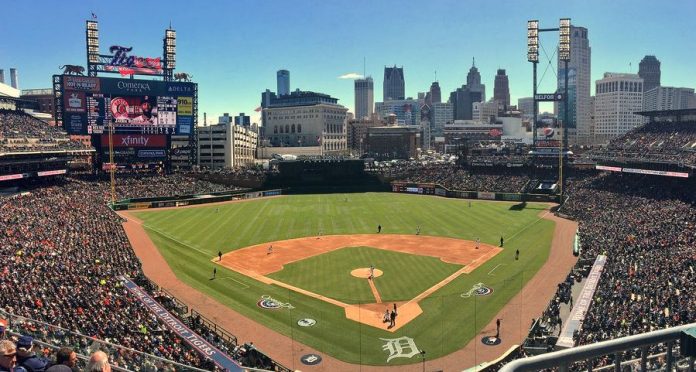 The Detroit Tigers today announced that beginning with the 2018 season, Comerica Park will feature a new netting system, extending past the dugouts and down the baselines. The new netting covers a much greater area and is some of the thinnest in baseball.

In accordance with the recommendation from Major League Baseball, the new netting will offer increased protection for fans, as it will go up about 30 feet from the playing surface. The new netting has been installed at Publix Field at Joker Marchant Stadium, the team’s spring training facility in Lakeland, Fla.

The Tigers reviewed multiple colors and gauges of netting to increase transparency and provide unobtrusive viewing for fans. The new netting material measures just 1.2mm, compared to the previous netting, which was 1.52mm.

“We went through the right process in that we did our research and analyzed the data, all of which went into making this decision, and we are fully aligned with Major League Baseball’s recommendation,” says Al Avila, vice president of baseball operations and general manager of the Detroit Tigers. “As part of our study, we looked at other MLB stadiums, and at college baseball stadiums that have extended netting to the foul poles. We made a sound choice to enhance safety and the fan experience.”

The Tigers will open the regular season on Thursday, March 29, when they host the Pittsburgh Pirates at Comerica Park.