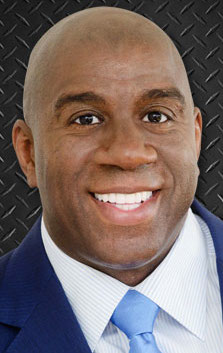 There’s a new startup in town, and its mission is to bring new energy to traditional business conferences.

“We’re sort of fusing together a rock concert with a business conference,” says Josh Linkner, chairman and co-founder of Fuel Leadership, which is based in temporary office space, with plans to locate permanently in Detroit. “People are going to leave energized, the same way they (would feel) leaving a concert.”

To achieve this, Fuel Leadership will avoid common missteps made in the business conference arena, Linkner says. These include using uninspired venues; featuring a mix of mediocre and quality content, spread out over multiple days; and presenters who deliver either rich storytelling or quality content, but never both.

For example, the company’s inaugural leadership development event — to be held April 13 at Detroit’s MotorCity Casino — event organizers have curated a selection of content that Linkner describes as “100-percent headliner quality, over-the-top material.”

Linkner says the goal is for Fuel Leadership events to be considered the gold standard for business conferences, much like TED has set the bar for general-purpose talks. “Right now, someone is going to come to Fuel because Magic Johnson is speaking, and that’s the real draw. But over time, people will want to come without knowing who the speakers are, because they know they’re going to be high-quality rock stars focused on (sharing) practical tools that allow people to be more effective and drive better results in their organizations.”

It its first year, Fuel Leadership will host three events, starting with Detroit, followed by stops in Cleveland and Minneapolis. In 2016, the organization plans to be in six to eight cities, and over the next three to five years, will ramp that up to about 30 to 40 events a year, both domestic and international.

For more information, or to register for an upcoming event, visit FuelLeadership.com.