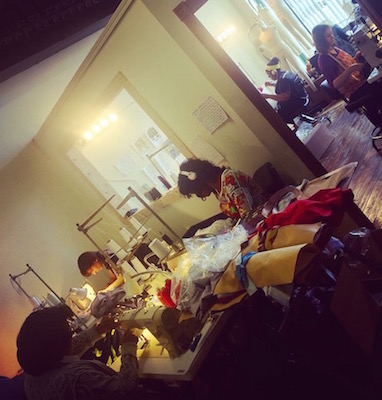 In an effort to aid its growth, Detroit Sewn, a Pontiac-based, full-service cut and sew manufacturer that assembles products for companies in metro Detroit and beyond, will double the size of its operations by moving to a new, 5,000-square-foot facility early next year.

Since opening in August 2015 with one client and one employee, Detroit Sewn has grown to 80 clients and 14 employees. The work includes sample creation, pattern making, technical design, and more.

“When we opened, (Detroit Sewn) had one sewer, one client, and we were sewing only,” says Karen Buscemi, CEO of Detroit Sewn. “I didn’t even have a cutting table. That’s what we grew from. It’s crazy.”

Buscemi says the larger location may also allow the company to move into order fulfillment for some of its clients. 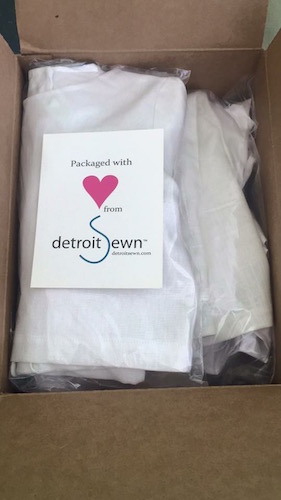 “As (clients are) getting orders, we would keep their inventory in house and would actually be fulfilling orders for them and shipping them out to boutiques, or however they have it set up,” she says.

Detroit Sewn is currently operating out of a two-story, 2,500-square-foot building, located at 12 W. Pike St., In August, the company expanded to an additional suite within the building to make room for fabric storage and cutting services.

With the move to the new space, Detroit Sewn will add as many as five additional employees in the next year, some of whom may be graduates of technical programs offered by the Detroit Garment Group, a nonprofit Detroit-based organization also founded by Buscemi.

Starting this November, the nonprofit will offer a new fabric cutting curriculum along with its Industrial Sewing Certificate Program, which was launched in 2014. Apprenticeship programs for sewing machine repair and pattern making, which will be Department of Labor approved, are also being developed.

“A lot of people contact Detroit Garment Group about producing, and now in southeastern Michigan we have a place where they can go and get their things made,” Buscemi says. “When people come through Detroit Sewn, they’re learning about Detroit Garment Group. … It is really nice because they’re very complementary of each other.”