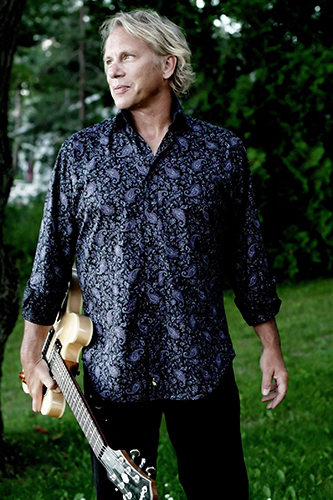 From Dec. 27-31, the Coke Zero Fan Zone will offer 27 musical acts and several Detroit-based restaurants during the Hockeytown Winter Festival in front of Comerica Park in downtown Detroit.

The five-day event leads up to the 2014 Bridgestone NHL Winter Classic on New Year’s Day at Michigan Stadium in Ann Arbor between the Detroit Red Wings and the Toronto Maple Leafs.

“The expansive list of musical and family-oriented entertainment, along with interactive games and diverse food offerings, provides a great experience for people of all ages,” says Tom Wilson, president and CEO of Olympia Entertainment.

The festival will feature musicians and bands on two stages, one in the Molson Hockey House and the other in the Detroit Red Wings Experience. They include:

On Dec. 30 and 31, fans will be able to take photos with the Stanley Cup. Also on-site will be Phil Pritchard, the NHL’s “Keeper of the Cup.” Alumni of the Detroit Red Wings and Toronto Maple Leafs will be available for autographs and Q&A sessions at various locations throughout the Coke Zero Fan Zone.

The Zone will be free to ticketholders to that day’s hockey games at the Hockeytown Winter Festival. Admission for non-ticketholders is $5 each day.