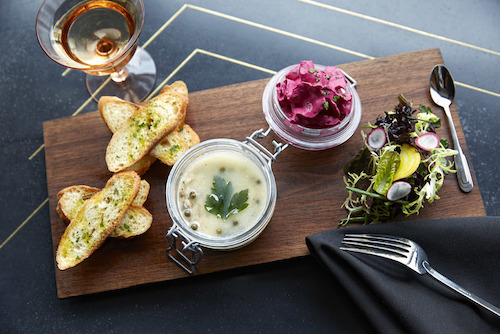 The 14th annual installment of Detroit Restaurant Week is scheduled for February 3-12, allowing Detroiters and other local foodies to experience the city’s culinary offerings for a limited time. This year’s edition will feature specifically-priced three-course dinners for $39 per person, as well as menus at select destinations for $29 at participating restaurants.

Among the restaurants new to this year’s lineup are Republic Tavern inside the Grand Army of the Republic Building, Grey Ghost in Midtown, Antietam in Eastern Market, and Downtown Louie’s Lounge, as well as returning favorites such as The Rattlesnake, Roast, Cliff Bell’s, Craft Work, and more.

Additionally, Detroit Restaurant Week will now include the opportunity for diners to experience vegan-friendly menu options at Detroit Vegan Soul for $29, as well as The Block, Mario’s, and Traffic Jam and Snug in Midtown, and Santorini Estiatorio in Greektown.

Detroit Restaurant Week was established in 2009 as a partnership project between Paxahau Event Productions, the Downtown Detroit Partnership, and its partner organizations in Midtown, Corktown, Eastern Market, and New Center to support fine dining in greater downtown Detroit. More than 420,000 diners have participated in the program, and collectively diners have spent nearly $8 million at the participating restaurants.

IN RELATED NEWS, Birmingham’s fast-casual Go! Sy Thai will open at 1214 Griswold in The Albert at Capital Park on Jan. 20. The eatery will offer 29 seats and feature a simple, condensed menu. It also will offer delivery service throughout downtown and Midtown.