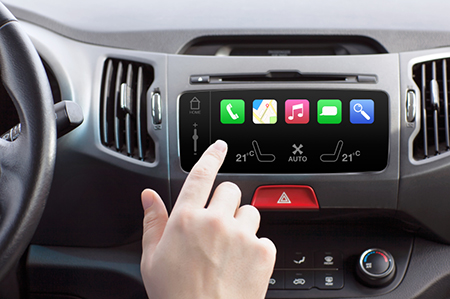 The Detroit Regional Chamber, along with Michigan business, automotive, and university leaders, today announced an initiative called Michigan Mobility at the annual Mackinac Policy Conference on Mackinac Island. The effort is designed to strengthen the state’s mobility development through the research and development of self-driving cars, connected vehicles, and new fuel technologies.

“Michigan has to work quickly and cohesively to maximize our existing automotive resources in next-generation mobility — and that includes a focus on talent,” says Doug Rothwell, president and CEO of Business Leaders for Michigan, one of the groups leading the Michigan Mobility Initiative. “Even more so than in the past, leadership in automotive hinges on the engineers, designers, and entrepreneurs who can harness innovation to change the way the world moves.”

The coalition, which includes groups such as Michigan Economic Development Corp., Michigan Department of Transportation, and the University Research Corridor (an alliance between Michigan State University, the University of Michigan, and Wayne State University), plans to build infrastructure and policies to support technology development. The coalition has also released a map of 28 existing facilities in the state that could play a role in developing and testing smart mobility technology.

Other objectives include capitalizing on Michigan’s brand as an automotive leader to demonstrate that the state is prepared for research and development, as well as ensuring that the state’s secondary and higher education systems are prepared to develop talent.

“Other regions are fighting for this technology and these jobs, and it’s important for us to emphasize that Michigan is at the forefront of the development of the connected vehicle,” says Glenn Stevens, vice president of MICHauto, an economic development initiative of the Detroit Regional Chamber.