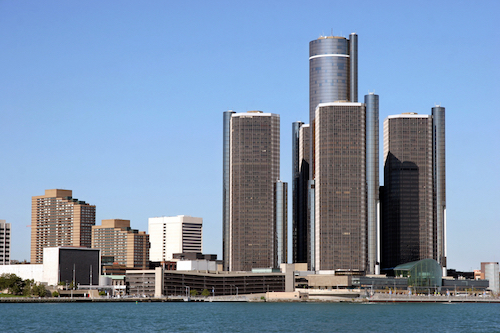 The city of Detroit has received two U.S. Economic Development Administration grants totaling $4.1 million. The funds will be used on a project to redevelop and expand Georgia Street, which, according to estimates, will result in the immediate creation of more than 600 new jobs and $120 million in private investment.

The city of Detroit, along with various development agencies, partnered together to secure a $3.2 million Economic Development Administration investment for the Georgia Street project, which is part of the city’s I-94 Industrial Corridor Redevelopment Project. The Economic Development Corp. is developing a 186-acre industrial park near the junction of I-75 and I-94 on Detroit’s near east side. The land is zoned for manufacturing, warehouse, logistics, and flex space development.

As part of the funding, Detroit Economic Growth Corp. and the city have also received $910,000 to support the hiring of an Economic Recovery Coordination Team that will work to reindustrialize the city. The primary elements of the project include industrial and logistics business attraction, and identification and preparation of industrial sites, districts, and areas.

City officials say the increased staffing capacity will help Detroit accomplish its goal of creating 5,000 new jobs for residents during the next five years.

“Detroit has a real opportunity to bring back a significant number of manufacturing jobs for the residents of the city,” says Mayor Mike Duggan. “These grants will help us to prepare our I-94 Industrial Park for additional developments and to help attract similar job-creating projects to other city-owned parcels.”

Jay Williams, U.S. assistant secretary of commerce for economic development, made the announcement of the grants today during an event at the LINC logistics facility in Detroit.

“Today’s investments support Detroit’s initiatives to sustain and grow the local economy, and revive the automotive manufacturing sector, which increases employment opportunities for the local workforce and helps strengthen the country’s global competiveness,” he says.