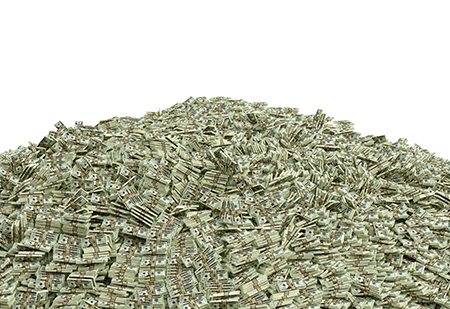 The U.S. has 4 million people with investable assets between $1 million and $30 million. Nearly 3 percent — representing $431 billion — are in metro Detroit, ranking the city at No. 11 for the number of millionaires in the nation.

While Detroit saw its “High Net Worth Individual” population and worth grow from by about 11 percent and 15 percent in 2012 and 2013, respectively, it lagged behind the growth experienced by other states, says U.S. Wealth Report, released this week by Capgemini and RBC Wealth Management, which has an office in Royal Oak.

“The fact that Detroit (and New York City) relatively generated less growth probably signals a long-term shift in the economic patterns in the United States away from ‘Financial Center’ New York and ‘Manufacturing Center’ Detroit to a couple of sectors that have really been going through a renaissance over the last five years, namely the energy market in Texas and the technology corridor,” says John Taft, head of RBC Wealth Management in the United States.

“(Dallas’ aggressive growth) was one of the reasons that it kicked Detroit out of the top 10 this year,” says Vakta, noting Dallas’ No. 10 ranking. “We’re seeing the same trend in San Jose, where (net wealth) is up nearly 18 percent. Technology is also dominating.”

If Detroit is successful in attracting further technology-based businesses and entrepreneurs, both Vakta and Taft agree that should reflect in higher growth rates going forward.

“If other metro areas are lining up to (grow their technology and energy sectors), these numbers will absolutely be in their favor in the coming years,” Vakta says.