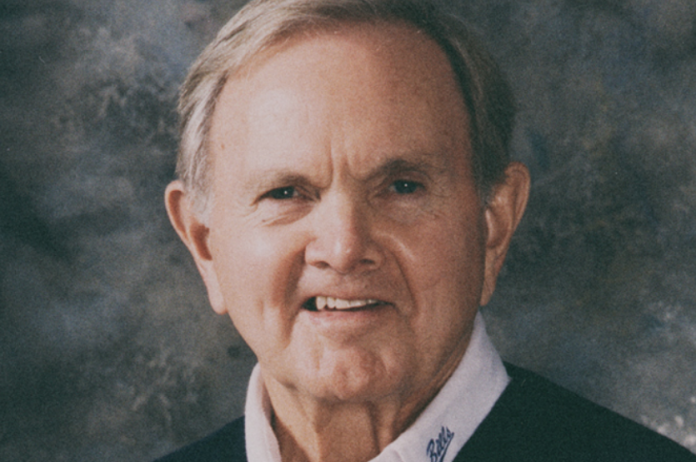 Following enlistment in the U.S. Navy during World War II, where he served in the Atlantic and Pacific theaters, Wilson returned to Detroit and took over his father’s insurance business. A one-time minority owner of the Detroit Lions, Wilson went on to acquire construction and manufacturing operations, along with radio and television stations, and was founder of Ralph Wilson Industries.

In 1959, he started the Buffalo Bills with the fledgling American Football League. The team was an immediate success and the team won AFL championships in 1964 and 1965. The league merged with the National Football League in 1970. The Bills went on to play in four consecutive Super Bowls (1990-93), and lost all four games.

Detroit Public Television will air the full documentary on its main channel (56.1) at 1 p.m. on Sunday, made possible with funding by the Foundation, which has offices in Detroit’s New Center. WNED-TV in Buffalo produced the film.

Narrated by longtime ESPN sportscaster Chris Berman, “RALPH” tells the story of how Wilson’s Midwestern values – honesty, a strong work ethic, keeping one’s word, and the desire to help others – guided everything he did. In 2009, Wilson was inducted into the Pro Football Hall of Fame.

The Ralph C. Wilson, Jr. Foundation is a grant-making organization dedicated primarily to sustained investment in the quality of life of the people of southeast Michigan and western New York. The two areas reflect Wilson’s devotion to his hometown of Detroit and greater Buffalo, home of his Buffalo Bills franchise.

Prior to his passing in 2014 at the age of 95, Wilson requested that a significant share of his estate be used to continue a life-long generosity of spirit by funding the Foundation that bears his name. The Foundation has a grant-making capacity of $1.2 billion over a 20-year period, which expires January 8, 2035.

The structure reflects Wilson’s desire for the Foundation’s impact to be immediate, substantial, measurable, and overseen by those who knew him best. For more information visit www.rcwjrf.org.