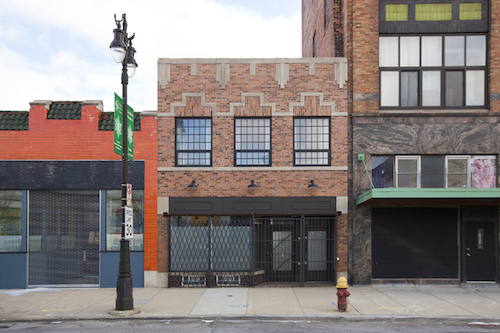 Gather Detroit, a Detroit-based pop-up restaurant concept that offers seasonal menu items prepared over a wood-burning grill, will open a brick and mortar location in Eastern Market in November.

The restaurant will feature a 10- to 15-item menu made from ingredients found at Eastern Market, such as a whole fish, a whole chicken, charred salads, a burger, and more. Items will be available in a sharable format — serving up to six people at a time — or as individual portions.

“Farm to table is a concept that is definitely a trend right now, and it’s doable, but our menu will be very focused from market to table,” says Kyle Hunt, co-owner of Gather Detroit. “(We will) use (ingredients) directly from Eastern Market to get what’s in season.”

Gather Detroit will also offer a selection of canned craft beer, red and white wine, and liquor from Detroit City Distillery — one cocktail offering is Old Soul, which is a Vernors slushie with bourbon or rye.

The location, formerly Butcher and Packer Supply Co., will have 30 to 40 seats at community tables made from one slab of tree cut up into three sections, warehouse lighting, and reused chairs from a Detroit high school. In addition to a bar and open kitchen layout, which is viewable in the dining area, other building materials include cement countertops and a charred wood exterior. 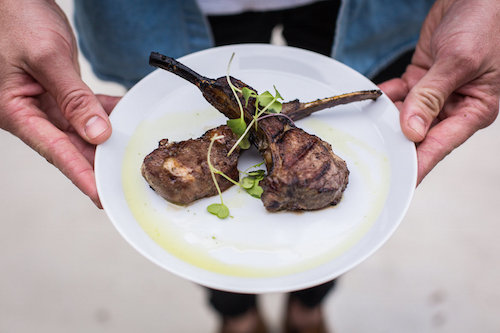 “We (the owners) are just a couple kids who had blue collar backgrounds, and we wanted to serve good food to people,” Hunt says. “(The restaurant) is going to be all about getting around the table, breaking bread with each other, and just having a good time.”

He says Gather Detroit will hire five to 10 employees to support the new restaurant, and a portion of its proceed will be put toward serving nutritious broth to the homeless in the city.

The restaurant, to be located at 1454 Gratiot Ave., will be open from 4-10 p.m. Monday through Thursday, 4-11 p.m. on Friday, and will have extended hours on Saturday to coincide with Eastern Market crowds.

Gather Detroit, founded in October 2015, has held pop-up events throughout the city over the past year at locations such as Eight Degrees Plato Detroit and Detroit City Distillery. Hunt says Gather Detroit will discontinue its pop-up series with the opening of the restaurant.