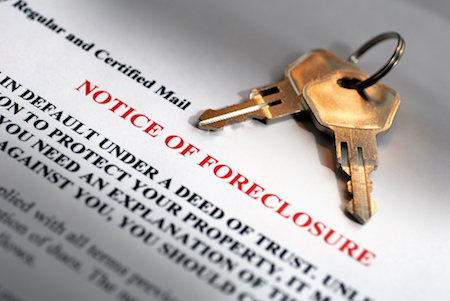 City of Detroit and Wayne County officials today announced that tax foreclosures throughout Detroit have decreased 88 percent over the past two years, to their lowest levels since the housing market collapsed in Oct. 2008. This year, Detroit saw 786 tax foreclosures involving homes occupied by the owner, compared to 6,408 two years ago.

Overall tax foreclosures in Detroit, including vacant and abandoned properties, also decreased 70 percent from 24,793 two years ago to 6,315 this year. The last time the foreclosure rate was lower was 2008, just prior to the mortgage industry collapse, when there were 4,392.

The volunteer organizations went door-to-door to let at-risk homeowners know about assistance programs available to help them keep their homes.

“We are seeing real progress in areas that impact all of our neighborhoods,” says Duggan. “There are still more foreclosures than we want, but we never would have made this level of progress without the hard work of Treasurer Sabree’s office and the dozens of volunteers who organized to help these families stay in their homes.”

Sabree adds that of the 43 municipalities in Wayne County, 12 had zero foreclosures this year and 15 others had 10 or fewer. City and county leaders also credit the Michigan legislature and Governor Rick Snyder, who approved legislation allowing Wayne County to create the Interest Reduction Program, which allows homeowners to pay delinquent taxes through a payment plan and at a reduced rate of 6 percent.

Since early 2015, the program has resulted in a more reasonable monthly payment, allowing approximately 50,000 homeowners to avoid foreclosure.