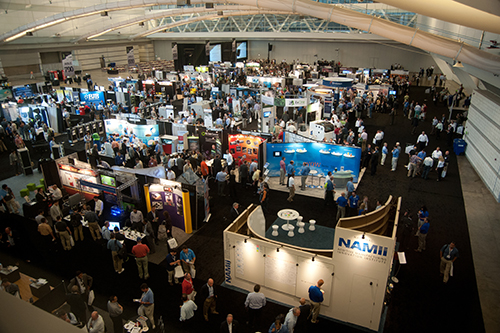 Now in its 24th year, the Rapid Conference and Exposition to be held this summer at Cobo Center in downtown Detroit, is on track to be the largest yet — something that those at SME, the event’s host organization, says is indicative of the growing popularity in 3-D printing and scanning.

“Rapid 2014 (which has already confirmed about 100 exhibitors) is a great representation of the industry’s growth,” says Debbie Holton, director of events and industry strategy at SME in Dearborn (formerly Society of Manufacturing Engineers). “For an organization like SME, which has been the additive manufacturing industry leader and authority figure for nearly 25 years, it’s an exciting time to see decades of the industry’s research and hard work receive global recognition from entrepreneurs, consumers, and media alike.”

New features to the conference, to be held June 9-12, include a concept called 3-D Playground, where visitors using a 3-D printing machine can scan a design or photograph of an actual object. SME is also teaming with Materialise, a Belgian-based 3-D printing company that has its North American headquarters in Plymouth Township, to offer a slot car race. Exhibitors and attendees are being challenged to not only create, but also to race their own 3-D-printed slot cars, Holton says.

“We know that a lot of people are kind of coming into this technology not knowing a lot about it,” says Holton, noting nearly 60 percent of people who attended last year’s conference had little to no experience with additive manufacturing. “It’s a great way to immerse yourself in the technology. In about three days, you’re going to come out knowing a whole lot more (that you did).”

The conference will offer in-depth technical sessions about energy, aerospace, and medical applications. Speakers include Ed Morris, director of America Makes, and Jim Kor, owner and chief designer of Kor EcoLogic, the company behind the Urbee and Urbee 2 super efficient cars.

To register for the slot car race, click here.